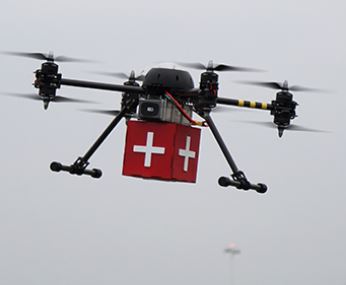 The HealthDrone programme has started up in Denmark to test drones to transport patient samples, medicine and medical equipment between hospital units, medical practices and home-visiting nurses. In the long term, drones will also transport persons, such as highly specialized doctors, who may be acutely lacking in an operating room.

The project is supported by Innovation Fund Denmark with a grant of 14 mio. DKK and a total budget of more than 30 mio. DKK and runs from January 2019 – January 2022