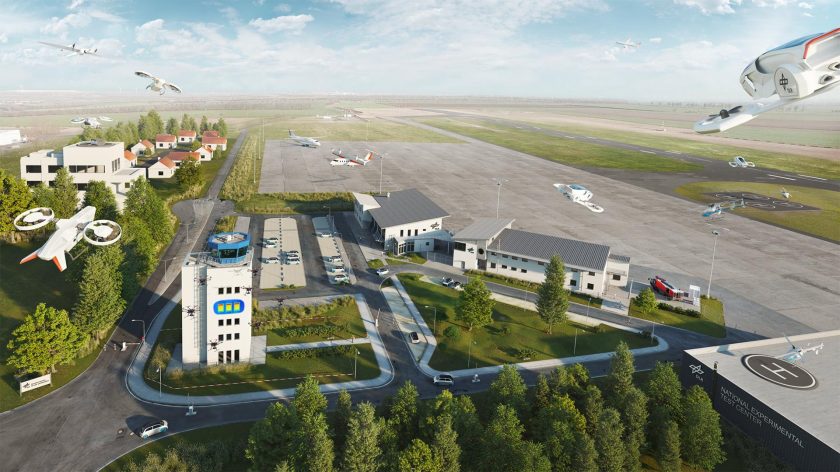 Germany’s Magdeburg-Cochstedt Airport officially re-opened on 6 May 2022 and in association with the German Aerospace Center DLR, providing a new test infrastructure for Unmanned Aircraft Systems (UAS). Linking the airport with DLR’s National Experimental Test Centre for UAS, makes it possible to test the integration of uncrewed air traffic into regular, controlled flight operations in a comprehensive manner. The opening of the test centre and the associated start of tests involving uncrewed aircraft systems (UAS) took place in 2021. Customers and partners from industry, research and the authorities will now be provided with more extensive testing opportunities. The test centre is part of a Europe-wide network for UAS research.

“The resumption of airport operations is another decisive step in the development and expansion of DLR’s Cochstedt site,” says Anke Kaysser-Pyzalla, Chair of the DLR Executive Board. “With Magdeburg-Cochstedt Airport, we are establishing a comprehensive field laboratory for our National Experimental Test Center for Unmanned Aircraft Systems. This laboratory serves to develop and test new technology concepts that will expand Germany’s pioneering role in the field of uncrewed flight and strengthen targeted technology transfer from research to industry.”

The state administration office in Halle initially granted permission for take-offs and landings based on DLR’s operating concept on 1 April 2022. This has now been followed by the official reopening of the airport under the International Air Transport Association (IATA) code CSO. “With the reopening of the airport in Cochstedt, DLR is making a contribution to the provision of public services in the state of Saxony-Anhalt in addition to the site’s test operations,” says Lutz Tilgner, Managing Director and shareholder of Magdeburg-Cochstedt Airport Operating Company (Flughafen Magdeburg-Cochstedt Betriebsgesellschaft mbH), a subsidiary founded by DLR and Tilgner. “Traffic is initially limited to a permitted take-off weight of 5.7 tonnes in visual flight operations until the end of 2023, with operating hours on weekdays between 10:00 and 17:00.”

The activities in Cochstedt are integrated into DLR-wide projects and cooperation with partners from research and industry in Germany, Europe and around the world. DLR already cooperates scientifically in the field of UAS research with major research institutions such as the US National Aeronautics and Space Administration (NASA), the Netherlands Aerospace Centre (NLR) and the Japan Aerospace Exploration Agency (JAXA). The test site in Saxony-Anhalt will be accessible to start-ups and established aerospace companies for research and testing and function as an incubator and enabler for start-ups and SMEs. For licensing reasons, it is necessary that new UAS are tested and qualified under realistic conditions in a controlled environment. New regulations for the operation of UAS also need to be extensively researched and developed.

The first projects and test campaigns have already taken place in Cochstedt. For example, in 2021 there were extensive final tests of the DLR project City-ATM, in which several real drones were flown alongside approximately 100 virtual drones in a complex traffic scenario. In addition, various flight tests took place with the DLR uncrewed flight test vehicles SuperARTIS and the ALAADy Demonstrator. Additional research projects such as Drones4Good and HorizonUAM are being added. Projects with European research partners, industrial companies and NGOs, in the field of humanitarian aid, for example, are also working with the research facilities in Cochstedt. Further projects are in preparation.