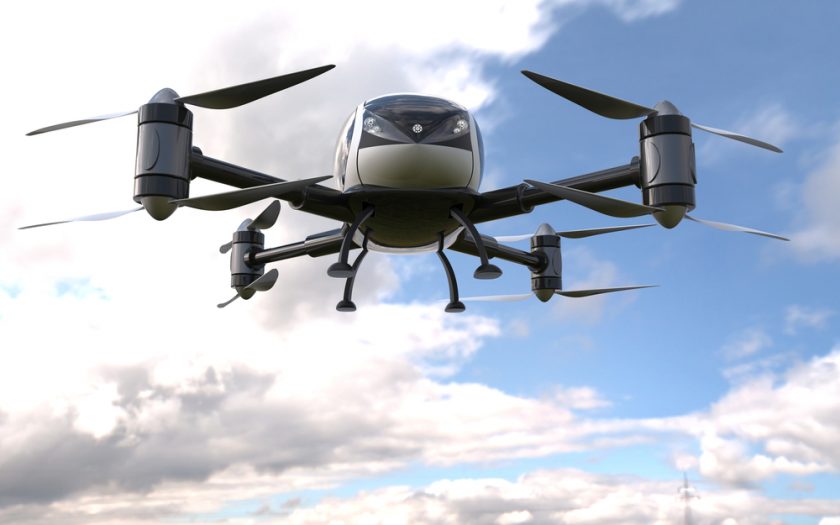 The US Federal Aviation Administration (FAA) will deliver an updated version of its Concept of Operations (ConOps) for Urban Air Mobility (UAM) in the first quarter of 2022, said Steve Bradford, FAA Chief Scientist for Architecture and NextGen Development, speaking at the AUVSI webinar Reimagining Mobility: Update on UAM & AAM on 6 October 2021. “We have foundational work still to do and we will be engaging with industry on this next refinement.” The work includes workshops to “flesh out” concepts in partnership with the National Aeronautics and Space Administration (NASA) Aeronautics Research Institute (NARI). 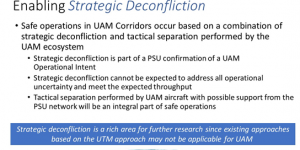 NASA AAM Mission Manager David Hackenberg said: “The FAA document drives what we want to do at NASA from an r&d perspective. It lays the groundwork that we can build against and sets the pathway for industry development.”

Describing the key differences between UAM ConOps 1.0 to 2.0, Steve Bradford said the updated version will be fully coordinated. “We believe we can reduce the impact on non-UAM participants, and we will probably have fewer corridors.” The corridors will vary according to the class of airspace with participation requirements for crossing traffic depending on the airspace class. Additionally, there will be alternative mitigation strategies for crossing traffic. 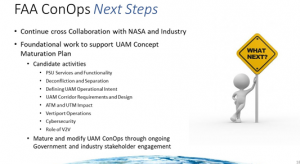 The FAA is aiming to introduce greater flexibility to the corridor designs, for example by allocating greater tactical separation responsibilities to the ecosystems. “Safe operations occur based on a combination of strategic deconfliction and tactical separation. In UAM, strategic deconfliction is part of the ecosystem of Providers of Services for UAM (PSU).” However, this is likely to introduce large buffers, so tactical separation will also be performed by the UAM aircraft with support from the PSU network. “This is an area where we are need further research,” he added.

The FAA identifies a number of focus areas to refine areas of responsibility and performance requirements. Among these, defining UAM operational intent is important to manage traffic flow within the corridors, along with further analysis of different traffic mixes. “4D trajectory is probably not enough, we need to establish what will be required.” Vertiports will service a range of aircraft – flying in corridors as well as controlled airspace – and will not operate in a sterilised environment. The design of the corridors is also significant to ensure they interface seamlessly with Unmanned Traffic Management (UTM) and Air Traffic Control (ATC). 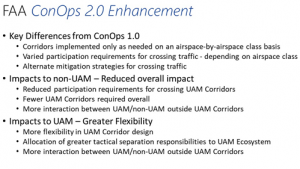 “We looked at the impact on airspace management operations and there was always some impact, for example for general aviation and helicopters. There is no such thing as one flat superhighway in our analysis.” In case studies conducted by FAA in the Dallas Fort Worth area, it proved difficult to create straight lines between locations due to other activities ongoing in the airspace. “We tried to explore concepts that minimise the impact on non-UAM crossings while retaining flexibility and access for UAM to provide scalable solutions and optimise all integration objectives.” As a consequence, while corridors are expected to be needed in all classes of airspace, the performance requirements for UAM and non-UAM aircraft are likely to vary. For example, in Class B airspace non-UAM aircraft will need to provide operational intent in order to participate, while in less complex Class C airspace ADS-B out will be a minimum requirement.

Another significant factor is cybersecurity, where “so much information exchange is with industry, and stays with the industry,” added Steve Bradford.