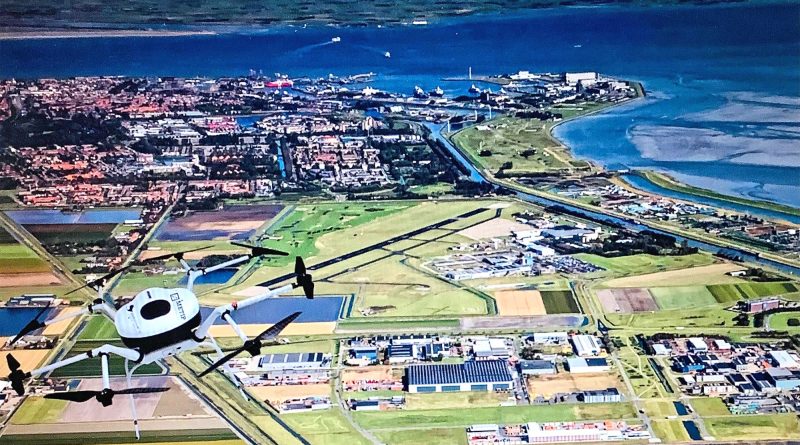 Following the example of the Eemshaven in Groningen, Den Helder has announced plans to establish its own DronePort. The new drone airport is an initiative of the Maritime Drone Initiative (MDI) and is funded from the maritime innovations program line as part of the Region Deal.

DronePort Den Helder will be located on the grounds of Den Helder Airport. According to Den Helder Airport director Conny van den Hoff, unmanned aviation is a great extension of the airport’s existing activities and facilities. But before the first drones can take off and land, a lot still needs to be done: not only do physical infrastructure have to be built, but a permit must also be applied for that enables dual use of the airspace, in close consultation with the military. air traffic control at De Kooy airfield.

As soon as the DronePort Den Helder is a fact, it can be used, among other things, as a base for drones that fly off the coastline to detect rip currents and drowning persons. There are also plans to fly cargo drones over long distances from the DronePort to platforms and wind farms at sea. This is particularly important with a view to the construction of offshore wind farms: drones could in the future carry out inspections of wind turbines or urgent deliveries.

The development of DronePort Den Helder is co-coordinated by DroneQ Robotics. “Together with AirHub, we are core partners and jointly responsible for setting up and executing the Beach Safe, Long Distance Cargo Drone Delivery projects and setting up the MDCC – Maritime Drone Command Center. METIP/NHN, DroneQ Robotics and AirHub have signed an agreement for this purpose. With Phoenix-Wings we are working on the further development of the cargo drones”, says John Troch of DroneQ Robotics.

The Region Deal, a collaboration between the government and the province of North Holland, the municipality of Den Helder, the partnership De Kop Werken! and other public-private partners. The aim is to strengthen the living, living and working climate in the Kop van Noord-Holland. One of the components of the Region Deal concerns the development of innovative maritime technologies.