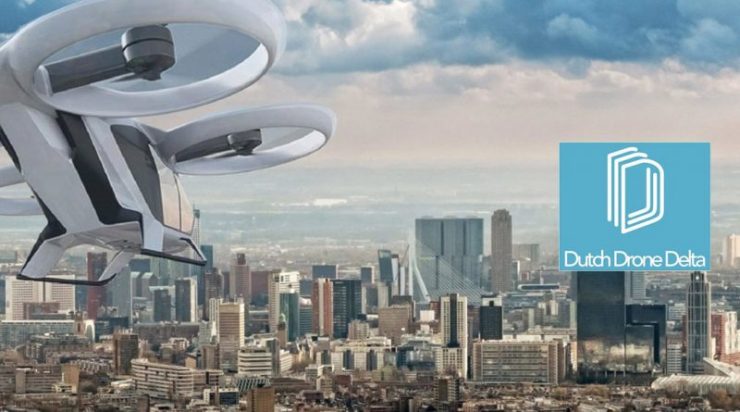 The Dutch Drone Delta innovation programme is up and running, according to Drone Watch, Netherlands. Launched in December 2019, the initiative is testing new ways of transporting goods and passengers by air. Partners include Air Traffic Control the Netherlands LVNL, Royal Schiphol Group, Port of Rotterdam, KPN, NLR, asr insurances, Antea Group, and Space53. Dutch Drone Delta aims to avoid the increasing congestion on the road in the Netherlands by focusing on Urban Air Mobility, transporting goods and in time even people using drones and air taxis.

The programme launch centres on a kick-off meeting at Space53 in Enschede when a drone will demonstrate delivery of automated external defibrillator (AED) in an in a sparsely populated area.

“These types of solutions developed in the Netherlands are of great social importance, but there are still many hurdles to overcome before they can be deployed on a large scale. The Dutch Drone Delta can make an important contribution to boosting and accelerating the Dutch drone sector,”says Marc Sandelowsky of Space53.

In recent months, a number of experimental flights have already been carried out, including the first parcel delivery by drone in the port of Rotterdam and the first drone inspections at and near Schiphol airport – something that was accelerated partly due to the corona crisis, because the airport was much quieter than usual.

“By conducting such flights, we learn a great deal and so we work step by step towards the ultimate goal of enabling people and cargo transport with drones in a safe, sustainable and economically feasible way”, says Jan Willem Verkiel, chairman of the Dutch Drone Delta.

One of the parties involved is Antea Group. This company will, among other things, investigate where take-off and landing places for delivery drones and air taxis – so-called drone ports – can be realized in the Netherlands. Potential options include rooftops of existing parking garages and train stations.

NLR is also involved in the new foundation. This organization will investigate how the new forms of air transport contributes to good air quality and reduces noise pollution to support accceptance of Urban Air Mobility.