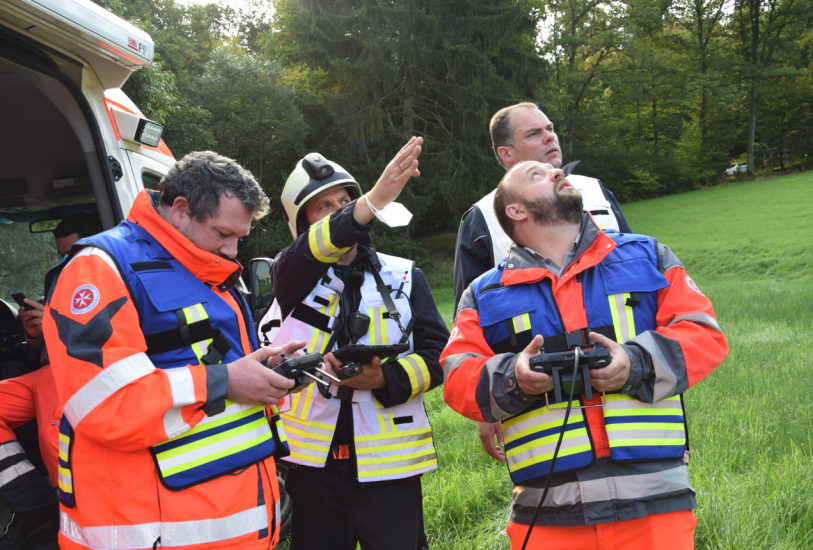 Many German emergency services have less than USD5,000 per year to spend on drone operations and the full potential of drones is often not yet being fully exploited, according to results of a new survey conducted by Droniq GmbH and the Berlin-based Behörden Spiegel, in which 197 authorities and organisations of the emergency and rescue services across Germany took part.

“For the majority of these, drones are now part of their standard equipment,” said a press release announcing the report. “Overall, 150 of (first responders) surveyed said they brought drones with them on their missions. More than half (55 percent) use drones regularly on their missions. These unmanned air traffic participants are most frequently used to search for missing persons as well as for scouting and reconnaissance activities (38 percent each).”

“Almost two-thirds of the respondents (63 percent) have a concept of operations in place for the use of drones. Almost all respondents (98 percent) also state that they had been trained or certified for such missions. Drone speeds up operational workflows. The (first responders) interviewed saw speed as the main source of benefits from using drones. 37 percent of drone users stated that they could perform operational workflows more quickly. With the drone, 40 percent of those surveyed stated that work could be carried out twice as quickly as before, while 20 percent stated that work could be completed even three times as quickly.

“Another advantage of using drones is that the technology can be used to expand existing areas of application. Emergency and rescue services increasingly use drones – but budgets are tight. A look at the budgets shows that the investment options are limited for some. 35 percent of the first responders surveyed that currently use or are equipped with drones only have a maximum of USD50,000 available annually for investments. Accordingly, only limited resources can be allocated to drone operations, with 45 percent stating that they use or plan to allocate a maximum of USD5,000 per year for the use of drones.

“In terms of mission conduct, it is apparent that drones are still predominantly flown within the pilot’s visual line of sight. Only 19 percent of the units flew with their drones beyond the visual line of sight. The potential of drones to provide support over longer distances is therefore little used. In addition, it has become clear that a large proportion of drone operations (71 percent) have to be coordinated with manned air traffic.

“The good news is that (first responders) have recognised drones as an efficient operational tool and are also using them in a highly professional manner,” said Jan-Eric Putze, Managing Director of Droniq. “Nevertheless, there is still room for improvement in this area. As missions beyond the visual line of sight increase, drones will be able to assist in even more areas. Currently, this application is still used only sporadically, but I am sure that this will change in the next few years. Because the technology to conduct such flights safely for all involved is available and has already proven itself.”