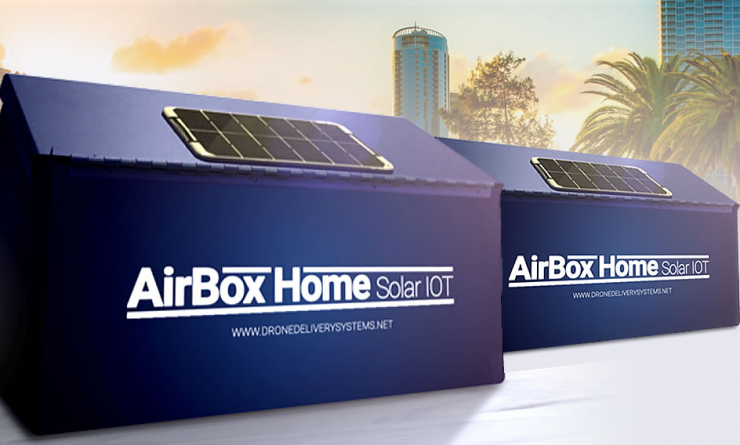 Drone Delivery Systems Corporation carried out an autonomous 2.1 mile flight using its AirbBox Home smart mailbox within a mile of Antigua’s main airport VC Bird International Airport in July 2019. The test was conducted in partnership with UN Ops, Antigua Computer Technology (ACT), and the government of Antigua. The AirBox secure vehicle carried a defibrillator with an all-up-weight of 62 lbs, and operated in difficult weather and environmental conditions including nearly 20 kts wind gusts from the southeast of the island.

The operation included a number of safety precautionary measurements including multiple points of electrical power as well as command and control redundancies during flight, while performing the majority of its autonomous mission mostly away from people. The team had to adjust its intended BVLOS flight to a nearby field due to the location of a cell tower. The flight plan adjustment increased the range of the flight from its original one mile, to a 2.1 mile long flight. The team at Drone Delivery Systems, along with other technology and drone companies, plan to continue further phase tests later in the year, which will include longer BVLOS flights, and ultimately flights between Antigua and Barbuda islands using fixed wing vertical takeoff and landing (VTOL) unmanned aerial vehicle (UAV) platforms.