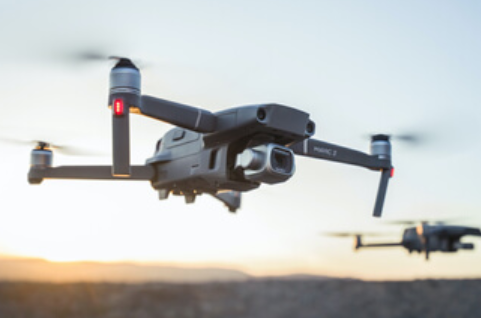 According to a blog by Brendan Schulman, VP of Policy and Legal Affairs at the company: “DJI wants governments to require Remote ID for drones, but the FAA has proposed a complex, expensive, and intrusive system that would make it harder to use drones in America, and that jeopardizes the success of the Remote ID initiative. Instead, we support a simpler, easier, and free version of Remote ID that doesn’t need a cellular connection or a service subscription.”

Schulman argues that the FAA’s vision of Remote ID is deeply flawed. It requires virtually all drones to be networked to a “remote ID service” managed by private supplier companies anticipated to charge mandatory subscription fees. “These companies would store the drones’ flight records for at least six months,” he writes. “This proposed requirement creates undue financial and compliance burdens and would impede America’s existing drone industry. Thousands of drones and radio-controlled aircraft currently on the market have no means for internet connection and would be grounded. Many manufacturers would face increased equipment costs on new products. Drone “kits” that are used to develop technical skills or allow for customization by the assembly of separate components would essentially be outlawed. Drone operators with limited cellphone service coverage may need to sign up for more expensive data plans. Service fees estimated by the FAA to cost upwards of USD5 per month alone would add an approximate 20% extra cost, per year, for the average drone user – even though the benefits of Remote ID are all for police and other authorities, not for drone users. (Actual fees would surely be much higher because that FAA estimate is based on an existing drone service called LAANC, which is far simpler.)

“Worse yet, the FAA’s proposal creates unacceptable points of failure. If the Remote ID service providers have technical difficulties, a substantial portion of the civilian drone fleet could be unintentionally grounded without warning.

“It remains a mystery why the FAA has diverged so far from the advice it received from 74 stakeholders who devoted their summer to the cause. It may be that security agencies influential on this topic insisted on a panopticon of total awareness, without recognizing that the high costs it imposes may actually thwart the comprehensive solution they need. It may also be that influential companies with visions of future complex drone operations, or new captured sources of recurring revenue, urged expensive forms of control for all other drone operators, even if they unfairly constrain the applications that are already saving lives and improving jobs today. Whatever the reasons behind the startling departure from a reasonable Remote ID rule, the FAA should be transparent with the public about them, so the thousands of people who will submit official comments can be truly informed.”