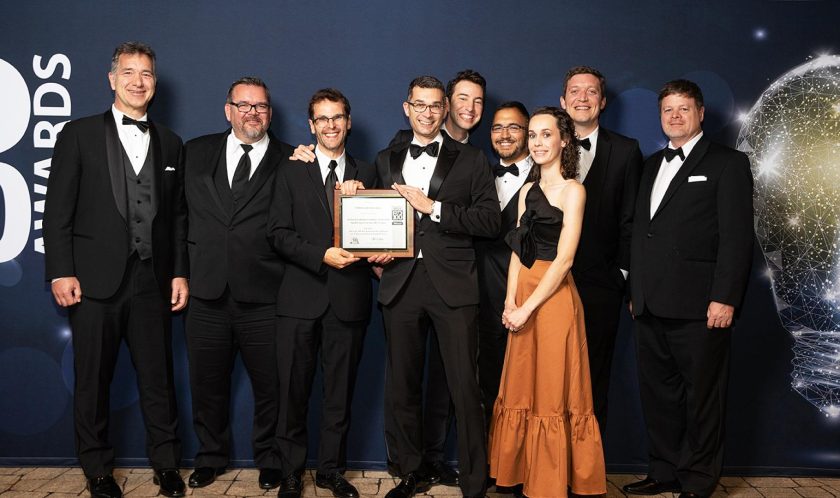 The team developing a collision avoidance system for drones has been recognised in the 2022 research and development awards by R&D World magazine. The team of FFRDC operators includes MITRE, Lincoln Laboratory and John Hopkins University Applied Physics Laboratory. The work is in response to Federal Aviation Administration (FAA) requirements for a collision avoidance system that can incorporate all airspace users, including small planes, commercial space travel and UAVs. The Advanced Collision Avoidance System (ACAS) is expected to succeed the current Traffic Collision Avoidance System (TCAS) commercial airlines use today.

Versions of ACAS have already been developed for commercial aircraft (ACAS Xa), large drones like those used by the military (ACAS Xu), and one for helicopters (ACAS Xr) is in development. But small unmanned vehicles still posed a significant problem.

To address this, the team developed a new system variant known as ACAS sXu, which allows the UAV to detect and track other nearby aircraft and either maneuver out of the way or communicate the threat to a pilot operator on the ground.

According to MITRE, the system uses two distinct parts. First, a surveillance and tracking module brings in information about other flying objects, including their location, size, and trajectory. Then, a threat resolution module uses that data to plan and execute potential evasive maneuvers.

“One of MITRE’s key strengths is safety risk management—providing that subject matter expertise and doing those human studies,” says Wes Olsen, group leader for the project at Lincoln Laboratory.  MITRE has conducted independent safety assessments of every part of the collision avoidance spectrum, from helicopters to military drones and even small passenger planes. Using detailed computer models and flight data, MITRE can test whether the system will operate safely before it ever gets into the field.

“It’s gratifying to see these organizations working together with the FAA to make sure that the airspace not just here, but around the world is safe for the flying public,” Olsen adds.

The ACAS sXu design standard was finalised in late 2022, and the FAA is developing policy and procedures for manufacturers.