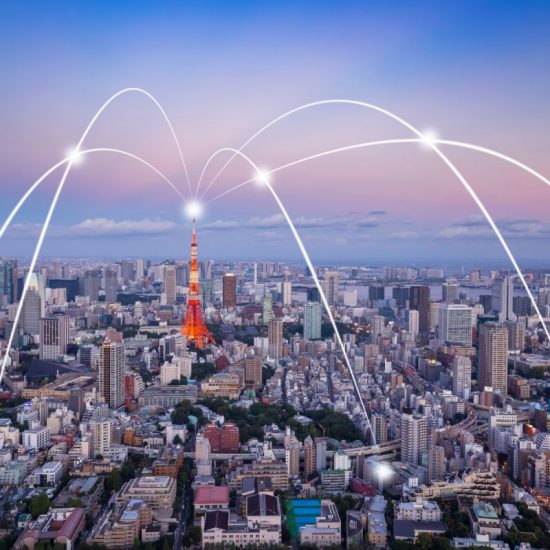 The Japanese government has eased regulations to allow automated, level-4 beyond visual line of sight (BVLOS) drone flights over residential areas, according to Nikkei Asia:

“There are four types or levels of drone flights under Japanese regulations. Level 1 is where the human pilot stays within visual range of the aircraft. These flights are typically for things like aerial photography and bridge inspections. Level-2 flights are automated, with a programmed departure, speed, route and arrival that takes place within visual range. These flights are often conducted to spray crops or to survey land for civil engineering projects. Level-3 flights are out-of-sight flights over uninhabited areas. They are permitted in places where humans are not usually present, such as over rivers, the ocean or forests. Test flights conducted by Japan Post for transport between post offices in Fukushima prefecture, in northern Japan, fall into this category.

“Level 4 refers to automated drone flights over residential and urban areas where the operator cannot see the vehicle. These will now be permitted, so long as the operator obtains permission from the central government for each flight. They could be used to deliver packages from warehouses to private residences or elsewhere.

“These classifications were introduced through a June 2021 revision to the Civil Aeronautics Act; the ban on level-4 drone flights was lifted on Monday when the revised law came into effect. In conjunction with the lifting of the ban on level-4 flights, the government established a certification system for aircraft safety and a licensing system for pilots.

“This classification of different levels of drone flights has been operational in Japan since mid-2021. Level 1 is typically manual, and it requires operators to keep the drone within their visual range at all times. Level 2 is for automated commercial operations such as surveying or asset inspections, but, here also, the aircraft is required to stay within the visual line of sight of the pilot. Level 3 allows for automated BVLOS drone flights, but only over uninhabited areas. And Level 4 is reserved for automated BVLOS flights over residential and urban areas.

“There are two types of drone pilot licenses: first class, which allows the operator to conduct level-4 flights, and second class, which allows the operator to conduct drone flights of level 3 and below. Licenses are valid for three years. In principle, applicants must take a course at a registered drone school, including a flight test and a physical examination. The first exams for first-class licenses will be held starting in early 2023.

Additional commentary by Nikkei Asia, and by DroneDJ suggests potential applications could be seen as early as next spring including transport of food, daily necessities and medicine to sparsely populated areas and remote islands, as well as for agricultural shipments in rural areas where drivers are in short supply. However the government is not expected to rush to issue flights permits over densely populated areas as measures to reduce the risk of crashes and collisions and noise pollution are still needed.

“The transport ministry said there were 139 accidents involving unmanned aircraft in Japan in fiscal 2021. In one case, a drone was buffeted by the wind, injuring a person’s hands, while in another case, a drone crashed, causing a fire in a riverbed. If the number of level-4 flights increases, drones could collide in midair. The government is developing unmanned aircraft system traffic management (UTM) to help prevent accidents. The system will also take into account weather and geographic conditions. There were about 320,000 registered drones in Japan as of the end of November. The government plans to install devices on all drones that transmit location information and incorporate these drones into the UTM,” reports Nikkei Asia