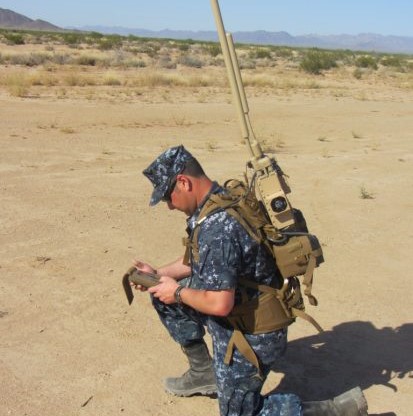 The US Navy is using the Drone Restricted Access Using Known Electromagnetic Warfare system (DRAKE) built by Northrop Grumman, across the Navy’s surface fleet, according to reports published in USNI News and UAS Vision.

“What this essentially does is it works like a normal jammer. So whenever we have a drone that gets a little bit too close, or flies somewhere that it shouldn’t be, or is in any way, shape or form a risk to us, we can just turn on our DRAKE and the DRAKE will basically keep it from coming close to the ship,” Gunner’s Mate Kyle Mendenhall told reporters aboard USS Kansas City (LCS-22) last month. “So it projects basically like an umbrella. So when the drone flies in, this will just cut off the signal.”

The system can be used both off battery power and plugged into the ship. DRAKE was originally mounted on HUMVEES and used to prevent improvised explosive devices (IED) from detonating in Iraq and Afghanistan.

With the ability to emanate both high-band and low-band signals, the DRAKE system effectively places a shield around the ship by disconnecting the signal between the operator and the UAV, therefore preventing the drone from coming too close. Operators of the DRAKE can wear the system as a backpack and move around the ship. Kansas City, which has not yet had to use the blocking capability, has multiple DRAKE systems aboard.

“If we encounter a [drone] that happens to come up on the forward-end of the ship, up near the foc’sle, and then it just decides to bolt and go to the aft end on the flight deck, I can just pick this backpack up, I can run to the flight deck and I still keep blocking that signal to make sure the drone stays away from us,” Mendenhall told reporters.

The DRAKE system can also be configured based on the geographical location in which a ship is operating.

The DRAKE system is constantly in use aboard the ship to detect drones, though it’s not always emanating the signals required to block a UAV.

“Every duty section has these available to them. So these are always able to be implemented at any time,” Mendenhall said.
“It’s hard to detect which direction a drone comes from and they can come from the water side and we would never see it, so we always will have one that’s operating to be able to detect and deter.”

In the continental United States, Mendenhall needs authority from the ship’s commanding officer to use the system, but can employ DRAKE if a threat arises. “If it’s something that we deem a threat, I can turn it on no big deal, and I will backfill basically the chain of command,” he said.

The ship’s anti-terrorism watch officers have the necessary authority to use the blocking system.

This is not the first system a US Navy ship has used to block a drone threat. During a transit through the Strait of Hormuz in 2019, amphibious assault ship USS Boxer (LHD-4) downed an Iranian drone that came too close. Boxer was likely using an anti-Unmanned Aerial System Marine Air Defense Integrated System (MADIS) that was mounted on a Marine Corps MRZR to take down the drone, USNI News reported at the time.