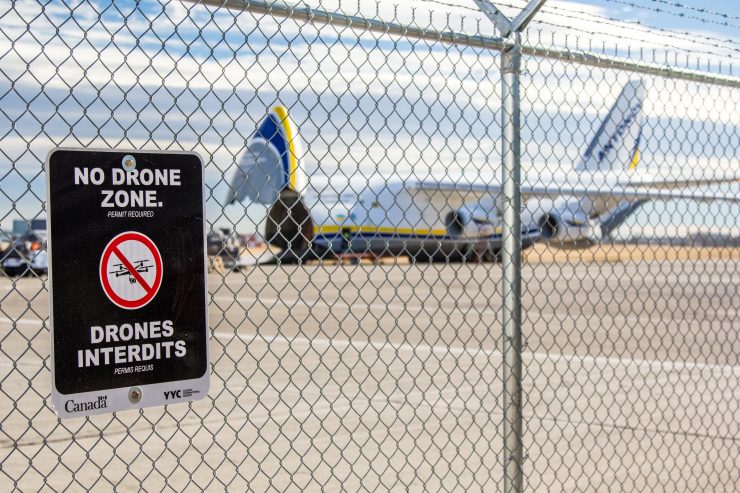 By Tony Reeves of level 7 Expertise

In many ways a small drone is the worst case possible for detection and defeat solutions.  Examples of small drones are the DJI Mavic and Parrot Anafi – capable systems wrapped in a very small package.  The majority of consumer-purchased drones are quad/multi rotors but there is a steady percentage of fixed-wing flyers. A multi-rotor drone presents a challenging target in that it likely to follow an erratic or unpredictable flight path.  The software in air surveillance radars is designed to discard small objects such as birds, and a Mavic-sized target looks much like a bird to a radar.  What’s more, the pace of drone development in emulating nature and Artificial Intelligence is making this particular nut harder rather than easier to crack: how do you tell the difference between a real bird and a drone that is the same size and behaves like one?

The drone’s size presents a small Radar Cross Section (RCS), which is further reduced by low metal content, and that high-density components such as batteries hidden in the bowels of the machine.  The datalink transmitter power is relatively low, and manufacturers continue to develop robust Frequency Hopping / Spread Spectrum (FHSS) techniques which make detection and discrimination via Radio Frequency (RF) means difficult.  Drone acoustic signatures are distinct but generally low and hard to hear.  Visually, drones are hard to detect at range, complicated by matt grey paint schemes such as those used on the DJI Mavic series. Navigation and conspicuity lights can, of course, be turned off.  All of these characteristics make a COTS drone a hard target, before considering how a nefarious actor might work to reduce detectability further.

There is no ‘silver bullet’ and operators are forced to adopt a ‘system of systems’ approach with a suite of detection and defeat capabilities.