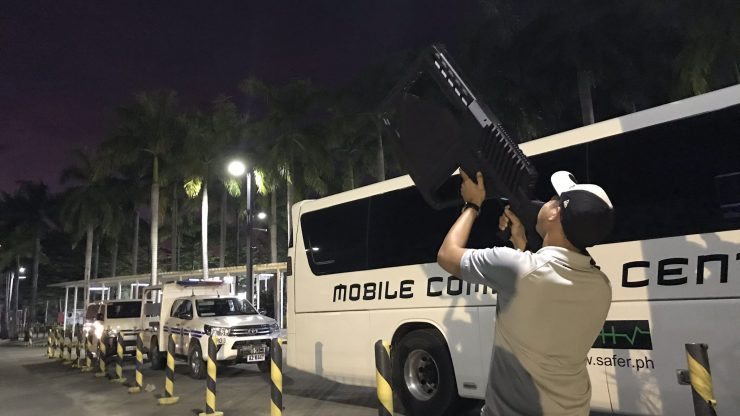 DroneShield reports seven commercial drones were disabled during the Southeast Asia Games in the Philippines on 30 November 2019. Combined protection was provided by the Philippine Presidential Security Group (PSG) Safer PH Innovations, a partner of DroneShield.

Four of the nefarious drones simultaneously appeared along the flight path of the Presidential helicopter minutes before his arrival which prompted the PSG to deploy the DroneShield systems to prevent the drones from hitting the rotor blades the helicopter. DroneShield’s RfPatrol was utilised for detection of the drones, while DroneNode and DroneGun Tactical systems were deployed for neutralisation.