Belgium air navigation service provider skeyes is planning ‘a major demonstration of an integrated solution at Brussels Airport using cooperative and non-cooperative drone detection products and services, integrated with Unmanned Traffic Management (UTM) software’ at the end of March 2021. The aim is to detect and identify drones and distinguish between authorised and unauthorised drone flights.

Skeyes also plans to carry out the first tests and demonstrations of its ‘6th NeTWork’ platform, a joint venture with Proximus and DroneMatrix to perform missions on demand for business purposes later this year.

Skeyes founded SkeyDrone at the start of 2020 and the subsidiary plays a proactive role in numerous research and development projects, in close cooperation with various Belgian and European stakeholders including Unifly and Senhive. The launch of the skeyes Drone Service Application software enables skeyes to manage drone flights in the vicinity of Belgian airports that fall under the responsibility of skeyes and is the result of intense and fruitful cooperation between skeyes and SkeyDrone.

In a skeyes blog, Hendrik-Jan Van Der Gucht Managing Director of SkeyDrone says: “In the coming years, we will play a central role with Skeydrone in the preparations for the implementation of U-space in Belgium.

“The expertise we have gained and the pioneering role that skeyes plays have allowed us to start from a solid base. SkeyDrone’s business plan is built around three pillars or categories of services: managing drone traffic, offering data analytics services or drones as data collectors, and providing solutions in the area of drone detection and protection.
When it comes to managing drone traffic, we need to distinguish between the periods before and after the European UAS regulations come into force, which are expected in 2023. Today, we provide UTM solutions, both software and hardware, to managers of so-called UAS geographical zones, including skeyes. By 2023, we aim to become one of the first U-space service providers (USSP) in Europe.”

Skeyes COO Peggy Devestel said: ““skeyes was one of the first ANSPs in Europe to prepare for the integration of unmanned drone traffic. To name but a few initiatives: in 2018, skeyes – in collaboration with the Belgian Civil Aviation Authority – launched the droneguide app: an online software platform that intuitively indicated in which parts of our airspace drones could or could not be flown based on the former Belgian drone legislation. Using this tool, professional drone pilots could also obtain the necessary authorisations and report their flights before carrying them out in controlled airspace.

“Furthermore, skeyes has participated in several national and European pilot projects, mainly with a view to exploring and testing our future role in U-space. The most ambitious project was undoubtedly the EU-funded SAFIR project in 2019. With a consortium of 11 international companies – including some big players such as Amazon – we demonstrated in a very complex environment – the port of Antwerp and part of the Antwerp CTR – how various practical applications with drones could be orchestrated while safely using new operational concepts and technologies. It was Unmanned Traffic Management put into practice. Besides the technical possibilities and challenges – such as drone detection – these tests provided us with a great deal of knowledge about the roles we could take in the future U-space landscape, which we expect by 2023.

“SkeyDrone is an important instrument in the broader drone strategy of skeyes, which will focus on the development and marketing of commercial services, including UTM/U-space and drone detection. Through SkeyDrone, we also want to gather knowledge and develop technology that we can also use for ATM in the future in order to evolve towards a hybrid airspace model where ATM and UTM are jointly integrated.” 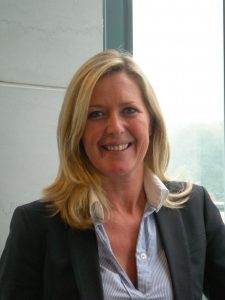 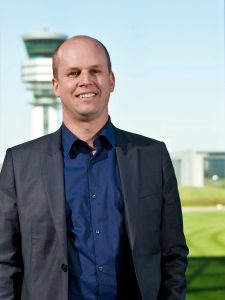