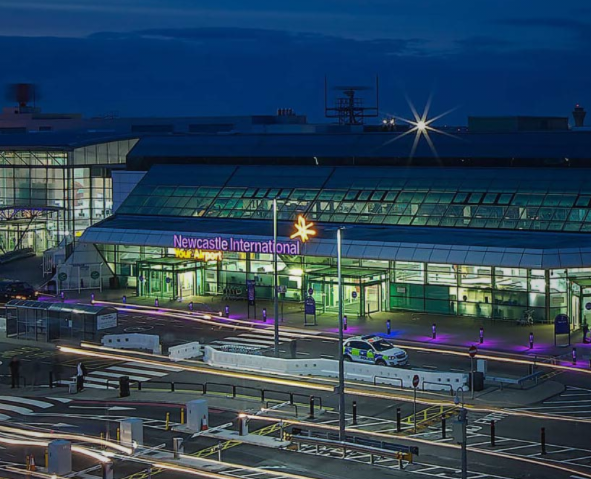 Newcastle Airport now has the visibility to detect drones and therefore build a comprehensive set of response protocols to safeguard its passengers from this emerging threat, according to a case study by drone detection company Dedrone. The airport is the latest UK airport to install Dedrone’s CPNI-approved detection technology to safeguard its passengers and operations against unwanted drones. The equipment informs the airport about drone activity surrounding its airfield including the average flight time, frequent times of the day when drones appear, and information to locate drones.

The airport now has a standard response protocol in the event there is a drone incursion. With this situational awareness, Newcastle Airport can prepare for and rehearse their drone intervention response and prevent disruption should a drone approach the critical operational area, says Dedrone. The company’s DroneTracker software is designed to connect with multiple sensors, including Dedrone RF sensors, and provides machine-learning analysis to help monitor the airspace.

It is illegal to fly a drone above 120m or within 5km of a UK airport. Following the drone-instigated Gatwick airport shutdown of 2018, Newcastle Airport – which handles up to five million passengers annually, worked to educate the local public against flying near its airfield, to prevent disruptions, delays and closures.

Newcastle Airport COO Richard Knight said: “Newcastle understood that unauthorised drones were an eventuality that we needed to plan for. Dedrone’s success supporting UK international airports, as well as their technology validation from CPNI, made them a natural choice to protect our operations. With Dedrone, Newcastle Airport can be alerted of any impending drone incursions, protect passengers and operations from drone-based disruptions, and continue to be the number one international gateway of choice for travellers to and from North East England.”

Dedrone, a CPNI-approved technology, is installed at multiple UK international airports and provides the tools Newcastle Airport needs to quickly integrate drone detection and threat mitigation into its daily operations.