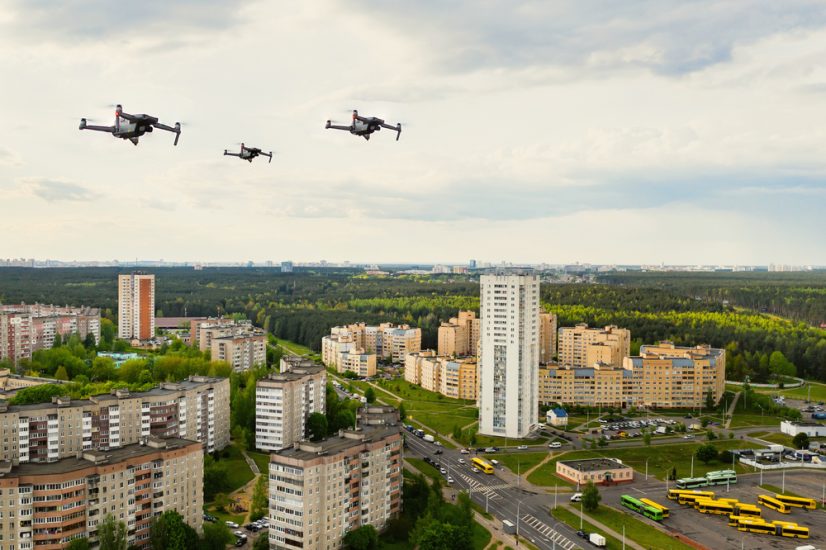 The next potential threat areas of militant groups using drones include the use of miniature loitering munitions such as the Switchblade and Phoenix Ghost, drone swarms and chemical/biological warfare attacks, according to Rueben Dass a Senior Analyst with the International Centre for Political Violence and Terrorism Research at the S Rajaratnam School of International Studies in Singapore, writing a blog for the UK’s Royal United of Services Institute (RUSI).

Although loitering munitions systems such as Switchbale-300 and Phoenix Ghost are currently regulated under export control measures by the US Department of Defense, Switchblade systems have been found on the Dark Web and are going at prices between USD4,000–USD7,000, writes Rueben Dass.”The Switchblade has been used in conflict-affected countries such as Afghanistan, Syria and Iraq. There is a possibility of them falling into the hands of militant groups, particularly in conflict zones. IS, for example, continues to be in possession of military-grade drones. From the group’s social media output, there have been at least 10 instances of IS capturing military-grade drones from government forces over the past two years, particularly in Iraq. Another example is the Taliban in Afghanistan, who have come into possession of several US-made midsize military Scan Eagle drones which were left behind after their August 2021 takeover of the country.”

Another trend to monitor in the future is the use of drones to carry out limited-scale chemical or biological attacks. “It does not take much skill or capability to mount sprayers filled with these agents onto quadcopters or to attach chemical-loaded munitions onto kamikaze drones. In June 2013, security forces in Iraq arrested an IS cell for planning to use remote-controlled helicopters to spray sarin and mustard gas over unspecified targets in Iraq, North America and Europe. Attacks like these are bound to have a substantial physical impact and an even greater psychological impact.”

Drone swarm attacks by non-state groups have already taken place. “In January 2018, a Syrian rebel group allegedly attacked a Russian army base in Tartus, Syria with 13 crudely made drones packed with explosives. While there was no clear indication of synchronisation between the drones, the attack clearly highlights the danger of drone swarms,” he writes.