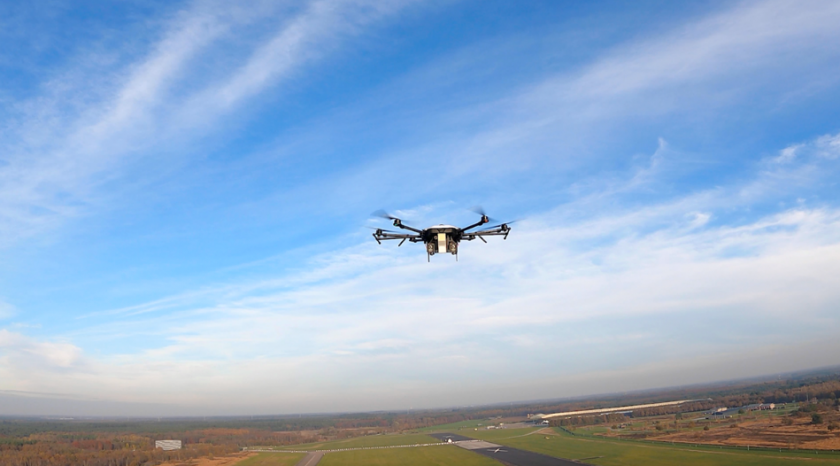 The NATO Communications and Information Agency (NCI Agency) organized a counter-drone exercise from 2 to 12 November 2021 at the Lieutenant General Best Barracks in Vredepeel, the Netherlands.

The misuse of small, widely available drones represents a significant and growing risk to NATO operations and day-to-day defence activity.

Exercise C-UAS TIE21 is particularly timely, as it highlights how machine learning and artificial intelligence are used in the Alliance after the recent approval of NATO’s first Artificial Intelligence Strategy. NCI Agency experts contributed to the development of the strategy by offering their lessons learned from implementing artificial intelligence projects for NATO.

More than 20 industry participants deployed around 70 systems during the exercise, including sensors, counter-drone equipment known as “effectors”, command and control systems and the example drones to serve as “threats”. Through the exercise, the Agency aimed to increase technical interoperability standards between commercial systems used to counter drones, while enhancing NATO’s ability to address the potential threats caused by the malicious use of drones.

“ARTEMIS is a prototype system developed by the Agency’s centre of technical expertise on countering unmanned aircraft systems,” said Major General Göksel Sevindik, the Chief of Staff at the NCI Agency. “It is an essential tool to help the Agency understand the technology being used in the market and to identify areas where NATO would benefit from developing standards around counter-UAS systems.”

The NCI Agency hosted the exercise with the support of NATO Headquarters through the Defence Against Terrorism Programme of Work and the C-UAS Joint Nucleus within the Netherlands Ministry of Defence.

Drones are used for a large variety of applications, from conventional military uses such as security surveillance purposes and search and rescue, to commercial, recreational and personal use.

“Malicious actors have made use of low-cost hobby drones in recent years, creating a potential security threat to Allies,” said Dr Cristian Coman, Lead for counter-drone activities, Joint Intelligence, Surveillance and Reconnaissance, NCI Agency. “The misuse of small drones represents a significant and growing risk to operations and day-to-day defence activities for NATO and Nations.”