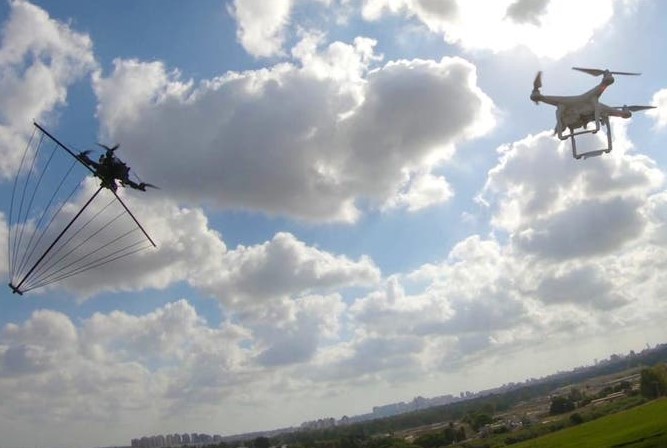 According to Israeli news outlet Haarzetz, the US military has launched a new drone project with the Israeli company Xtend, using its Skylord system to intercept enemy drones by casting nets around them from short range. Skylord been tested along the border with the Gaza Strip, says the news report, with pilots operating the drone controls with the help of augmented and virtual reality goggles.

“The deal, as part of which the company has already delivered hundreds of drones to the American military, is valued at tens of millions of shekels,” says the report. “Xtend has recently reported over USD10 million in revenues since its launch. The company develops the software allowing remote control over the drones and the technology controlling the interface with the drones themselves. The firm produces the drones in Israeli factories, but will soon start producing them in the U.S. as well.

“The small drones can reach speeds of 200 kilometers per hour (124 m.p.h), and are equipped with a net on their underside, which can unfold on deployment and ensnare a hostile drone. This aspect of the system could help supplement the more common ways of intercepting drones, usually based on interference with their signaling.”

The Israeli Defence Ministry’s Directorate of Defence Research & Development is reported to be working with Xtend and funding some of its work.