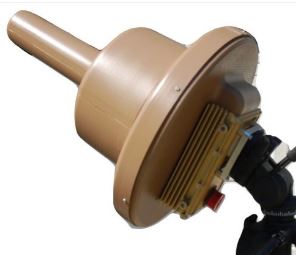 Florida based Invisible Interdiction reports it has been awarded a contract to design, test and qualify a very small, lightweight rail-mounted C-UAS jamming module.

“This Phase 3 contract is the result of a Special Topic SBIR award originally envisioned by the Air Force’s Las Vegas-based innovation hub called AFWERX. Several barriers to working with the Air Force were removed including a shorter application process, an accelerated contract award and a shorter period of performance. This effort started in the fall of 2018 in response to the Air Force’s pursuit of innovative counter-drone technologies. Invisible Interdiction submitted a concept that was selected and proven feasible late last year. This UAS denial system will be similar in size and weight to existing rail-mounted aiming lasers that are mounted on the Picatinny rail of issued shotguns or M4 rifles.

According to Invisible Interdiction CEO Bryan Sydnor, “We already have considerable experience designing small and lightweight hand-held and modular jamming systems. This weapon attachable jamming module will test our ability to design an effective capability that easily attaches to the service rifle or shotgun.”

Prototype testing and qualification is scheduled for later this summer with production units available by the end of 2019.