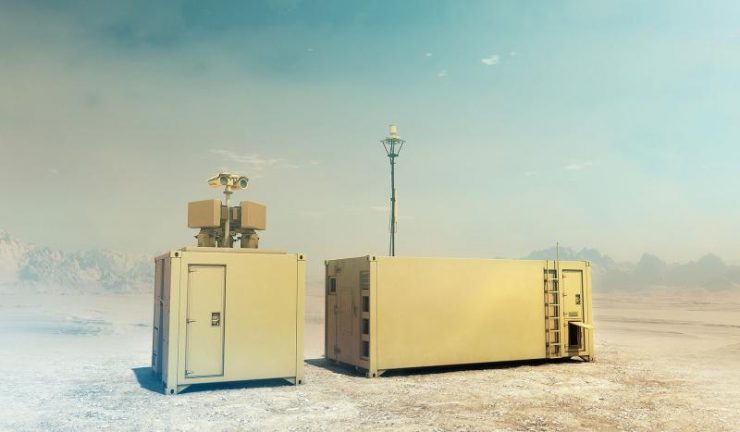 Germany’s Federal Office of Bundeswehr Equipment, Information Technology and In-Service Support (BAAINBw) has awarded ESG Elektroniksystem- und Logistik-GmbH a contract for the delivery of “Systems for the detection, classification/identification of and defence against small Unmanned Aircraft Systems”.

The scope of delivery includes the company’s container-based GUARDION systems for the early detection and effective defence against drones for field camp protection in the deployment and mission areas of the German Armed Forces and is primarily provided by ESG and its project partner Hensoldt. The main technological components are Hensoldt’s high-performance Xpeller system components Spexer2000 3D radars and Night Owl M cameras; R&SARDRONIS radio direction finders from the GUARDION cooperation partner Rohde & Schwarz as well as effectors from HP Wüst.

As the main contractor, ESG is responsible for the overall system and, with its integration partner M.Schall, will integrate the individual high-technology components. In addition, ESG is responsible for the processing of all sensor data by using its proprietory core intelligence, and for the display of the intuitive situation picture via ESG’s military command and control system TARANIS.

The modular drone detection and defence solution for the German Armed Forces, scalable to the respective deployment scenario, is based on and in particular takes into account operational experience that ESG and its cooperation partners Rohde & Schwarz and Diehl Defence have with the GUARDION system. GUARDION was used, for example, to secure various major political events including the G20 summit in Hamburg in 2017, a state visit by US President Obama in June 2016 and the G7 summit in Elmau in 2015 as well as during the German Unity Day celebrations and the international aerospace exhibition ILA Berlin in 2018.