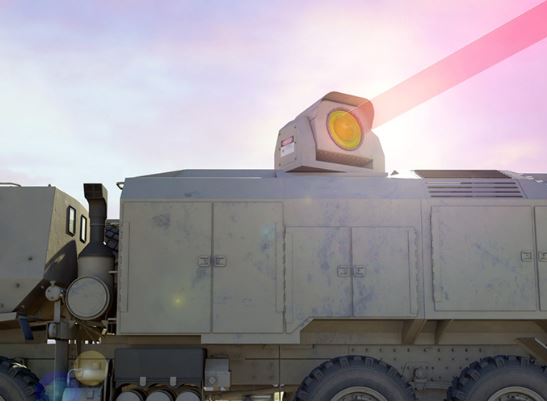 “High energy laser weapons have been a system that the United States has wanted to add into their defense portfolio since the invention of the laser. We are glad to be selected to build this new and safe weapon system that will provide a simple, yet cost-effective approach in theater,” said Ronnie Chronister, Dynetics senior vice president of contracts, in a press release.

The release continues: “Team Dynetics is bringing together more than 70 years of directed energy experience from known defense companies – Lockheed Martin, Rolls-Royce and MZA Associates. As the prime contractor, Dynetics will be responsible for final assembly and integration and testing of the system… Lockheed Martin (as the laser weapon system integrator, will provide the laser weapon subsystem, optimizing the performance of the laser module, power and cooling systems, and operator interfaces.  As a key member of Team Dynetics, Lockheed Martin will provide key support from Washington, Texas, and New Jersey.Rolls-Royce LibertyWorks will design the integrated power and thermal management system to successfully meet or exceed the requirements of the HEL TVD program.

“Team Dynetics will move to the critical design review as soon as possible. The CDR phase will finalize the design prior to system fabrication, documenting how laser science has matured into an achievable warfighter reality.  Long-lead material orders will commence during this time.  Subsequently, the team will build and integrate the laser weapon system onto an Army family of medium tactical vehicle platform and conduct field testing at White Sands Missile Range in New Mexico per SMDC’s program plan.

The HEL TVD award was the final announcement for the SMDC Design, Development, Demonstration and Integration, or D31, Domain 1 for space, high altitude and missile defense capabilities. Dynetics was named an awardee in 2017, along with six other competitors, and advanced after completing the system requirements review in 2018.