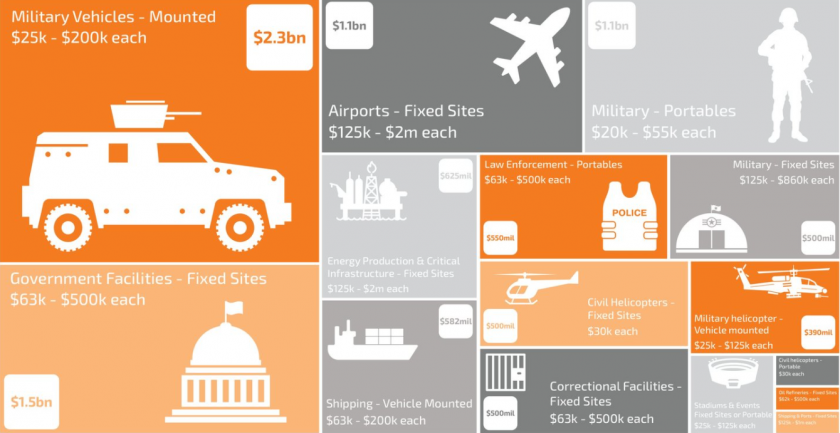 The counter drone sector is a rapidly growing market with over USD10 billion potential, despite not existing 10 years ago, says a report by counter drone specialist Drone Shield. A summary published by the company shares the key composition elements of the counter drone market.

Drone Shield identifies over a dozen markets where counter drone technology is applicable. These include the following: