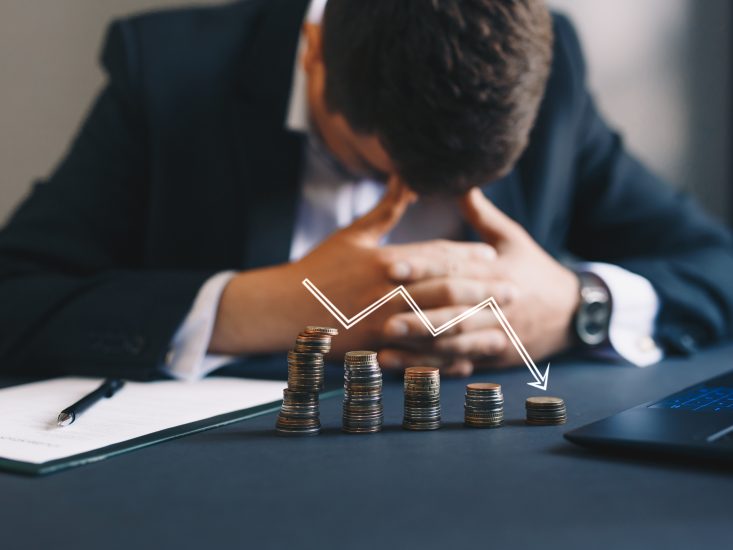 The global UTM/U-space service supplier (USS) market is facing a major crisis before it really takes off – for most suppliers there will be a significant shortfall in planned income over the next two to three years and many will be forced out of business.

Delays to the introduction of networked remote ID regulations in the USA and the lack of a clear understanding of roles and business opportunities for U-space service providers and U-space technology suppliers in Europe have helped push back the opening of the commercial UTM/U-space market to mid-2023 at the earliest. This is when, in theory, USSs will be able to charge commercial drone operators for UTM services to support more complex missions such as beyond visual line of sight (BVLOS) and flights over people.

As a result, the USS business model which has underpinned many of these start-ups is under considerable strain – both the Federal Aviation Administration (FAA) and the European Safety Agency (EASA) want USSs to supply their UTM services at minimum or no cost to commercial drone operators. And the evidence that the commercial drone world is straining at the leash to introduce BVLOS services is sketchy at best, judging by the still relatively low number of BVLOS applications in the USA and Europe (https://www.unmannedairspace.info/latest-news-and-information/faa-fact-book-records-thousands-of-uas-approvals-but-less-than-two-percent-bvlos/). It is clear that in some markets, such as Norway and Switzerland, there is a considerable pent-up demand for BVLOS services now. But it is also clear that the prospect of multiple drone operators sharing the same airspace, each one flying large fleets of autonomous drones – and prepared to pay premium charges for faster routeings – is still distant. The minimum operating standards for tracking and detect-and-avoid (DAA) are not yet clear and technical progress towards developing robust DAA systems which can detect a bird flying over water and instigate appropriate avoidance procedures are probably some years distant.

Nor are some of the very basic building blocks for USSs to share safety-critical data for autonomous BVLOS flights which can be used for tactical deconfliction yet in place, though considerable progress has been made to develop appropriate standards. Critically, there are conflicting views on the technical challenges facing developers of UTM services based on 4G/5G mobile networks, which are the most likely technology networks to underpin these more complex U-space/UTM services.

For many USSs, 5G is a double-edged sword. They face considerable competition from mobile network operators (MNOs) who are now developing very strong UTM service offerings of their own. As MNOs’ major drone revenue will come from offering command & control, IoT fleet management and video downlink services to operators based on new 5G networks, MNOs will be able to offer operators lost-leader rates for their UTM services, requiring a simple 4G link, to encourage operators to sign up to a package of services.

And the final nail in the coffin for many USS companies will be the ability of very large operators, such as delivery companies, to develop and integrate their own UTM system into their fleet operations management system.

Alas, the 2023 timetable for the launch of a fully commercial, global UTM competitive sector will come too late for many USSs. The more agile of these have been able to find new revenue streams for their businesses, beyond charging for “pure” tactical UTM services. There are five potential current revenue streams for UTM service providers:

There are dangers in USSs being forced to offer UTM services beyond the regulated safety environment, as many regulators will be unhappy to see UTM delivered as part of a commercial package, rather than a stand-alone, independent service. And as the industry evolves to incorporate more complex UTM services such as tracking, DAA and rogue drone identification and mitigation – which will be managed by national security agencies – this issue will become even more problematic.

It is therefore not surprising to see even large, well funded UTM companies start to retreat. (https://www.unmannedairspace.info/latest-news-and-information/airxos-to-stop-operations-in-february-suas-news/).

On the face of it, the problem of unclear UTM revenue streams does not seem to be existential to the development of the global commercial drone industry. After all, there are still plenty of UTM companies left in the market and there was always going to be a process of consolidation taking place, whittling down the 30-40 UTM start-ups of 2019 to just five or six required for real-life competitive, tactical UTM service delivery.

But that is to underestimate the scale of the problem.

The commercial drone industry can only develop if there are a handful of competitive UTM service suppliers who have the financial clout to evolve the industry at scale – moving swiftly from supporting one-drone-to-one person operations (or one-drone-to-two-people in extended visual line of sight operations) to one person for every 50 or 100 drones, at which point the industry becomes commercially compelling. The scale of technology maturity and certification required for this is now only starting to become clear – it will require deep, deep pockets to fund the development of certified tracking, DAA and rogue drone identification and mitigation capabilities required for this “end state” to be reached.

There is another issue. The digitisation of airspace management – of which UTM/U-space is a part – as articulated in Europe’s Airspace Architecture Study foresees many of the current roles undertaken by air navigation service providers (ANSPs) as regulated services – such as surveillance and flight data processing – to be hived to global groups of technology providers who will compete to sell their data services at market rates to several ANSPs. This will substantially lower the requirement for ANSPs to undertake long-term, fixed-asset infrastructure investments and give them the flexibility to match their resource requirements to the peaks and troughs of the market. This will be a huge bonus. But what happens when one of these safety-critical infrastructure providers goes out of business? Not a problem – their business will be either replaced or taken over by a competitor, which is what happens when a mobile phone operator goes out business. But safety critical aviation services are not the same as commercial communications contracts and regulators will have to ensure the companies that manage these services will have the financial resources to scale and provide services even when demand falls – and aviation is a notoriously cyclical industry.

These two reasons should make regulators think again about their UTM/U-space business-case policies. Instead of requiring USSs to provide services at “minimal” cost they should amend these requirements to “market” costs, which will mean USSs’ will able to make a reasonable return on investment, even though this will be opposed by many commercial drone operators.

In the longer term (2025 and beyond) prospects for the UTM sector are strong and getting stronger every day. There are 10,000 cities worldwide[1] and if just half of these want to develop an urban air mobility system of some kind to deliver passengers and cargo, that’s 5,000 UTM systems required for starters. There are also over 40,000 airports in the world and thousands of sea-ports, most of which will require some kind of drone management system. Add to that the growing interest by air navigation service providers to use UTM systems as a basis for developing low airspace management systems to track and manage the growing number of manned and unmanned platforms – including personal air vehicles – heading for the skies above us and it is easy to see why there is still so much optimism in this sector.

But the next two years will be critical to ensuring there is enough money in the market to fund the UTM/U-space technologies to make these services available.