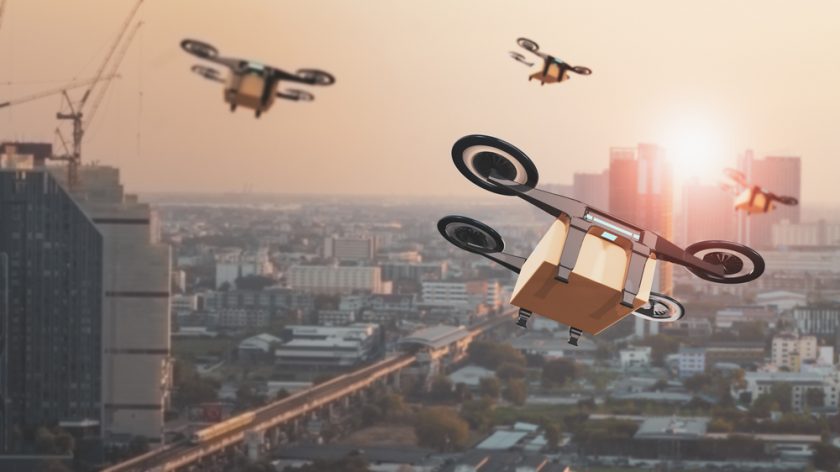 The announcement that DroneUp has acquired AirMap (https://www.unmannedairspace.info/news-first/droneup-acquires-airmap-creates-airspace-management-and-drone-market-ecosystem/) is extremely good news for the UAS traffic management (UTM) sector. It ensures that one of the industry’s key pioneers remains in business but also points the way to a possible future for UTM service suppliers that might actually work.

AirMap’s major challenge has been the business case on which it was developed stopped making sense in 2019.

In 2017 the company raised USD26 million in a Series B round of venture funding led by Microsoft Ventures to build out its airspace and UTM platforms. It won some important early contracts, helping to set up strategic national UTM programmes in Switzerland, the Czech Republic and Mexico (see table one).

Table one: AirMap and commercial contracts with ANSPs, civil aviation and military authorities

But there were three flaws to its business case.

First, it was too early. The regulations, standards and levels of technical maturity (especially in areas such as communications and detect and & avoid) which would allow for regular automated beyond visual line of sight (BVLOS) flights requiring a range of complex UTM traffic management services at scale were not ready – and still will not be in place before 2024, at the earliest.

Second, there was not enough money and too many competitors. Global income from civil research programmes and strategic set-up contracts from air navigation service providers (ANSPs) was not nearly enough to cover the large expenditure being made by UTM service supplier (USS) start-ups (see table two). After an initial flurry of interest in developing UTM systems in 2017 and 2018, most ANSPs realised it would be more prudent to wait until the regulations and standards were in place and watch how early ANSP adopters went about the business of setting up UTM systems, before dipping their toes into this complex and expensive business. Then COVID hit and ANSP funds dried up altogether. The insistence by regulators in the USA and Europe that tactical UTM service fees should be held to minimal or zero levels and the UTM service providers should generate income from advertising or niche services dealt another blow to the independent USS business case (https://www.unmannedairspace.info/commentary/the-utm-industry-is-facing-a-financial-crisis-business-models-no-longer-work/).

Third, it is by no means clear that USS companies have the institutional and financial clout to, alone, manage drone services to an extent which makes business sense for them. Mobile network operators have more money and a 5G network which (soon) might be aviation compliant. ANSPs have the mandate and are on a long term path to digitise their ATM services from the top down in a way which will one day mesh with the digital bottom up technologies being developed and deployed by USSs. Local authorities will also claim the mandate to manage the skies above their cities in the same way they manage the metro, roads and bicycle lanes on the ground. The first and only commercial drone eco-system in the world developed to manage multiple drone operations and operators and supported by a UTM system is the Port of Antwerp, which also manages the UTM system.

The regulatory system is also against them. Regulators are wary of any organisation being both an infrastructure provider and an airspace manager. In Europe, the Airspace Architecture Study envisages a world where ANSPs will divest their CNS-ATM services to networks of private competitors, allowing them to buy services as when and when required and this concept is embedded in the U-space regulation.

Unfortunately, in the world of automated, autonomous ATM/UTM the line between service provision and infrastructure development is considerably more blurred than in the world of legacy ATM. When detect and avoid and networked digital communications are entirely machine to machine transactions it is not easy to determine exactly where the roles of airspace manager start and end.

So where’s the money for independent USS companies? In technology provision or airspace management? The airspace management market is becoming increasingly competitive with the arrival of ANSP-backed UTM management companies such as Droniq, D-Flight and Skeydrone, who are developing their partnerships with technology companies. Tactical UTM should be an integrated function of a drone fleet management system rather (or as well as) an independently regulated service, according to some drone operator business plans. And cities, ports and airports will want to control their own airspaces.

So the direction of travel of independent USSs is for the moment clear: technology provision rather than airspace management seems to offer the most lucrative future. But they will need well-resourced partners to fund their development plans for the next few years until 2024, when the market will, for the first time, be a genuine competitive business. Which is why the tie-up between DroneUp and AirMap makes logical sense.

For in the longer term (2024 and beyond) prospects for the UTM sector are strong and getting stronger every day. There are 10,000 cities worldwide and if just half of these want to develop an urban air mobility system of some kind to deliver passengers and cargo, that’s 5,000 UTM systems required. There are also over 40,000 airports in the world and hundreds of sea-ports, most of which will require some kind of drone management system. Add to that the growing interest by air navigation service providers to use UTM systems as a basis for developing low airspace management systems to track and manage the growing number of manned and unmanned platforms – including personal air vehicles – heading for the skies above us and it is easy to see why the potential of this market is so huge.

Edition 4.2 of Unmanned Airspace’s study “The Market for UAS Traffic Management Services 2021-2025” will be available later this month and explore this subject in much greater depth. If you want to know more about the report please contact me at philip@unmannedairspace.info.