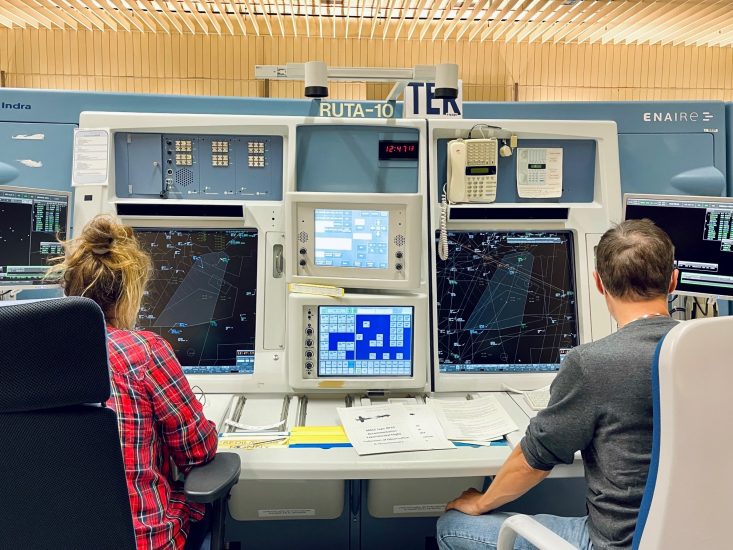 For the past four years, French civil and military authorities have been carrying out an experimentation campaign to explore the operational framework and regulatory changes necessary for further integration of Medium Altitude Long Endurance (MALE) RPAS into civil air traffic. 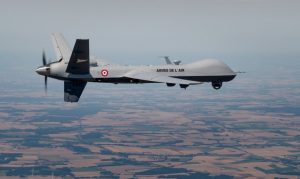 In the latest step of the campaign, a MQ-9 Reaper drone, call-sign FAF7802, took off at 12:30 local time on 13 December from Cognac AFB, located in the North of Bordeaux, and was taken into account by civil air traffic controllers of DSNA’s Bordeaux Control Centre to join the Spanish Boundary. After flying over the Pyrenees, the Reaper was transferred to ENAIRE’s Control Centre in Madrid, flying towards Navarre, over the area of Bárdenas Reales and to Zaragoza. From Madrid, civilian and military air traffic controllers successively controlled the flight and applied the regulatory separation between the drone and other air traffic flying in its vicinity, like for a normal aircraft.

Unlike a normal situation in which drones must operate exclusively within enclosed areas segregated from civilian traffic, this experimental flight was carried out without any dedicated airspace structure, flying alongside commercial planes.

The Reaper drone continued its flight, rising to flight level 230, an altitude of about 7 km, until it reaches the airspace under the responsibility of ENAIRE’s Control Centre in Barcelona, which took control of the drone before transferring it to DSNA’s Control Centre in Marseille to return back to its departure airfield via the Lion’s Gulf. Finally, the flight was transferred back to Bordeaux towards Cognac AFB, where it landed at 16:00 local time. 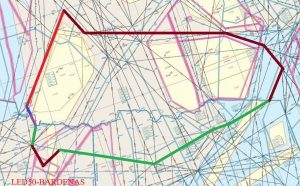 The flight had been extensively prepared in detail for months beforehand, taking into account any unexpected situation that may arise on route either due to weather or other causes. It followed its flight plan and had successfully passed all the safety and viability studies elaborated by the European Defence Agency. The drone received the same air traffic control services as an aircraft, which allowed it to be separated from other aircraft, guaranteeing the coexistence and integration of this type of aircraft with conventional air traffic. This trial highlights the commitment of the air traffic managers ENAIRE and DSNA, as well as the military authorities in Spain and France, to promote the drone sector and the development of an European regulations adapted to the needs of the future civil and military certified type RPAS users.