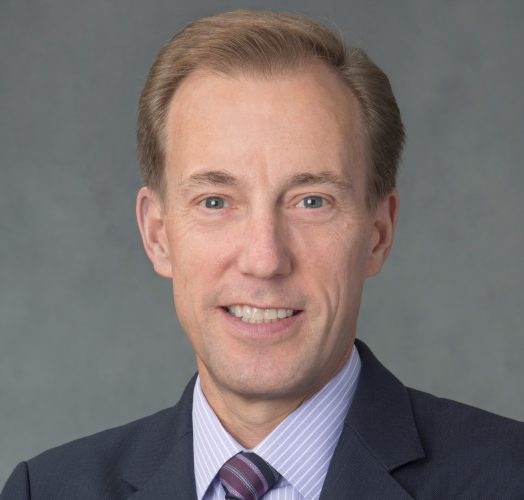 This will be driven by regulation, especially around what surveillance technologies are going to be used to support drone operations. We have given it some thought. Right now we have agreements with 19 air navigation service providers (ANSPs) representing 39 countries.  As we also have a contract with Eurocontrol that covers air traffic flow management information on flights coming into Europe, we broadly cover all the countries in European airspace as well. So it’s certainly close to 50% of the world who are currently using the Aireon service for some form of support for their air navigation service operations.

If an aircraft or a drone has a 1090 megahertz ADSB transponder on board, we see it. For drone operators the question is will they use existing surveillance technologies or will they implement 5G or other technologies to provide a surveillance option. The larger drone operators flying in Class A airspace where there are mandates should have 1090 megahertz transponders on board.

So space-based ADS-B could be a major factor in the successful integration of larger drones flying in Class A airspace with manned aviation.

Absolutely. It will be an important tool for ANSPs to help integrate manned and unmanned traffic in controlled airspace. We’ve also had a number of discussions with drone operator about providing situational awareness of the airspace around the drone, especially when they fly in or through Class A and looking for a way to improve safety by getting a better picture of what’s happening in the surrounding airspace.

Is this service available commercially?

At the end of October we announced three new products to enhance situational awareness. One is called Aireon Stream, which allows a commercial operator or entity access data to support an application other than separation services. It’s a cloud-based, situational awareness tool that allows a drone operator to request a “bubble” around a drone by understanding the traffic patterns surrounding it.

We also recently signed a new agreement with the Federal Aviation Administration (FAA) which has been involved in spaced-based ADS-B since the beginning of the programme from a cooperative development perspective. Earlier this year that moved into an operational trial of the service in the Miami Oceanic airspace and then in September we entered into a contract with the agency to access our data for a variety of applications – to perform safety analysis for different airspace areas or different aircraft types, including commercial space and drone operations. It will enable the FAA to determine how best to use a capability like space-based ADS-B to support improved situational awareness for these vehicle types.

But only for ADS-B equipped aircraft – what’s the latest on the mandate for ADS-B transponder equippage in the USA?

On January 1st a mandate came into force that said anyone flying into class A airspace at 18,000ft and above is required to have a 1080 ADS-B megahertz transponder –  that’s the global standard which we service. General aviation aircraft have the option to go with 1090 megahertz or universal access transceiver (UAT), which operates at a different frequency, 978 megahertz. The only aircraft that won’t have a transponder will be very small aircraft that flying visual line of sight rules.

How does the FAA plan to implement its improved situational awareness capability – based on the Aireon service – to monitor transponder-equipped aircraft, including drones?

The FAA has mapped out a very methodical approach that starts with a test site in Miami, to implement it and then move out into a trial format.  They are planning operational service in mid-2021, followed by upgrades to the Oceanic control automation platforms covering areas such as Alaska, Hawaii, Puerto Rico.

It will provide services for many non commercial operational purposes – such as deployment across the search and rescue community.

Space-based ADS-B is going to provide a common surveillance technology across the world on a very rapid basis. Many customers are implementing this because they don’t have infrastructure in place and ADS-B in a very short period of time will give them full surveillance coverage across land and ocean. For others it’s a back-up capability. So the harmonisation of standards, and the speed at which other ANSPs can come up to that same standard, are one of the game-changing elements of this.