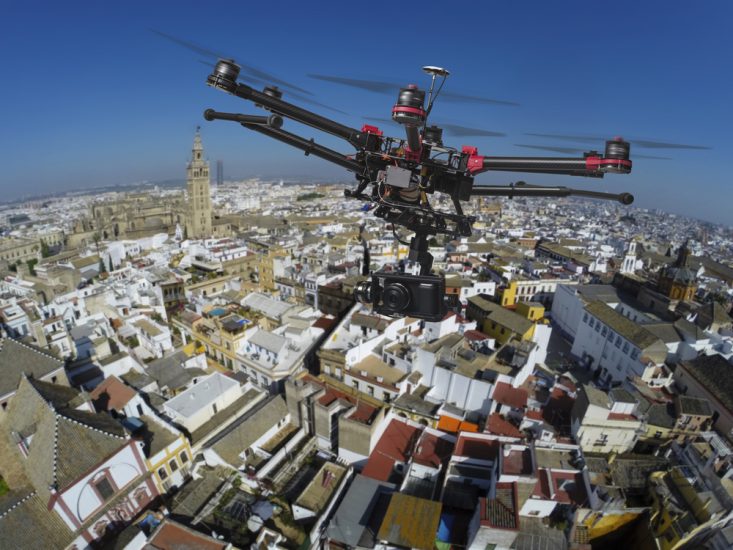 The UAS traffic management (UTM) industry, especially in Europe, faces a number of challenges but two are critical at the moment. The first is to understand which architectural model for UTM/U-space – federated or monolithic – is the most suitable for adoption by States and the second is to understand how UTM service providers and operators can guarantee some sort of return on their investment with the current proposed model.

Koen Meuleman: We are neither for nor against a federated or monolithic model. We are in favour of a stepwise approach. And we think the best way to do this is to start with a centralised or monolithic approach, which allows you to take it step by step. The current U-space model in Europe aims at regulating a drone system which does not yet exist.  If we were regulating a world full of drones then fine, we would need to exchange information between service providers, which is fairly complex. But let us start at the beginning. Let us enable the drone ecosystem. Let us make beyond visual line of sight (BVLOS) flights possible at the first stage and only later start to add multiple service providers.

I can understand that from your point of view, but from the regulators’ viewpoint they want to introduce a digital air traffic management (ATM) system from 0ft to near space and that means developing a system with operating and business principles which are common to all airspace levels.

Koen Meuleman: It will not be the case that U-space will suddenly be everywhere as from 26th January 2023. U-space airspaces will have to be mandated in a certain area, so I assume it will still be quite limited in the beginning. We have already seen national implementations which have gone quite far. In Belgium we had a national UTM system under deployment which had to be stopped and reversed as a result of the European regulation. I understand the Commission wants to have a market for U-space and breach the monopoly of air navigation service providers (ANSPs). But they should be careful that they don’t create a monopoly of tech companies instead. 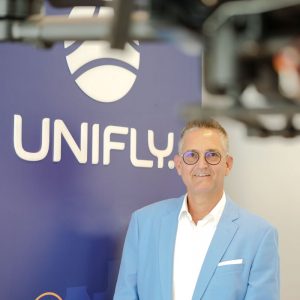 Leon van de Pas: In terms of a unified airspace I think you should start with a national system, so people get familiar with it and can experiment with the first services. In Belgium, we introduced a UTM system where commercial operators were paying per flight approved. I don’t say that that is the long-term ideal model, but at least it was separating the recreational and the professional operators and the first business models were emerging.

And then when the business takes off, it can deregulate further, allowing more U-space providers to offer competitive services, focusing more on vertical solutions, on specific industries where they can build their own value proposition.

Koen Meuleman:  UTM should be the enabler of the drone ecosystem. That should be the starting point. We have been focused too much on the UTM system itself and this has caused a delay of two years in my opinion.

Are you making money out of UTM?

Leon van de Pas: Yes, we make money out of UTM, but that’s because we initially started with our centralised implementations and national deployments.

In Canada, for example, Nav Canada will launch the commercial version of its UTM system this summer. And because we don’t have a federated model there, Nav Canada is now eager to start learning – and so are we – what business models we can use in the Canadian market.

Slowly and together we will create a market and see where the value is. As soon as you identify the value, you can talk about sharing revenue and open up the market further.

That staged approach gives service providers and operators an opportunity to build a sustainable business.

It is clear that operators are suffering because they cannot make money right now. It’s very difficult for them to compete with the single guy who orders his drone over the Internet, puts it in his trunk and starts an inspection business.

Last year there was a UTM/U-space business crisis; I think 90% to 95% of all national UTM/U-space requests for tender were cancelled or delayed. This year the market has opened up somewhat with RFIs from Bulgaria, Spain, France and the Middle East.

But we have had to change our business model and look beyond ANSPs, at seaports, for example. We are diversifying our UTM strategy so it is aimed not longer only at national deployments but also local authorities. That’s one angle. And we are also targeting enterprise drone operators, fleet management systems in logistics companies, for example.

There are more and more U-space service provider (USSP) services that we can provide with our platforms.  You need an ETA. You need to know the load. You need weather. You need routing and rerouting. There are so many fleet management services that have to be developed and a platform like ours can play a role in that.

There needs to be separation between a regulated safety service and an enterprise commercial service. It’s difficult to mix and match those two, I think.

Leon van de Pas: I fully agree. I think ultimately, yes, there has to be an overarching authority. We will have to develop a future regulatory authority split within the USSP platform services. And in that way, it can open up much more for the operator and for the service provider and you can keep the authorisation more centralised. The question is, will there be one authorisation body or more? I think a single regulator. 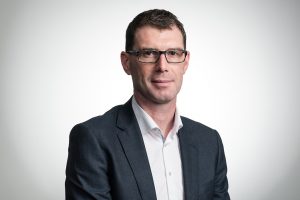 Koen Meuleman: What is lacking is the whole aspect of local authorities.  Do we have a mandate from Europe, from the Commission, to impose this on local authorities?  At this moment, no. There is a lot of work to be done in this mix between the two, where they both strengthen each other.

What key technologies or what key procedures do we need to mature and have in place from a regulatory and standards viewpoint to ensure that we can scale up safely?

Leon van de Pas: I think connectivity links to identification. If you don’t identify the object that is flying you cannot control it. This needs regulation. In every State, drones should be identifiable either by a tracker or by an embedded tracking device or network ID.

Then for restricted areas, we have to find a way to give them permission to fly and we can do that via a simple app or with our authorisation tooling services. You start slowly in rural areas to allow some BVLOS flights. Then you can go to local authorities, as we have done with DronePort in Belgium, and start to build initiatives where people can experiment with drones.

It should not take two weeks to get approval – leave that to the local authorities and then find a way for local authorities like smart cities, ports and other critical infrastructures to connect to the national UTM system, with multiple authorisations.

I think that connectivity and identification, tracking and tracing, are mission critical and have been overlooked.

How do you prove to the regulator that the connectivity service that you are developing meets the safety requirements? What research, what evidence can you show them?

Koen Meuleman: We need to take the performance-based approach. What is the level of connectivity? That’s one of the issues we address even now in the current U-space draft. What is the latency we need to address? Nobody knows the answer. But what we do know is that when you have a certain degree of complexity of missions in a certain area you will need to know the position of the drone each and every second.

If you go stepwise along the route of implementation you can basically identify and investigate what could be the best possible way in this sense. It’s difficult to say what figure this should be. There is no ballpark figure at this stage and neither is there a clear answer on which technology should be used.

Leon van de Pas: We should also not blind ourselves by only focusing on the 5G. For me, BVLOS flights will not start in urban environments. BVLOS starts in rural areas and 5G is only currently performing in urban areas, so it is not in sync with the BVLOS roadmap. If you’re flying at a certain height, you don’t have the coverage you need with the 5G network. If it is 4G or 3G that’s fine for UTM.