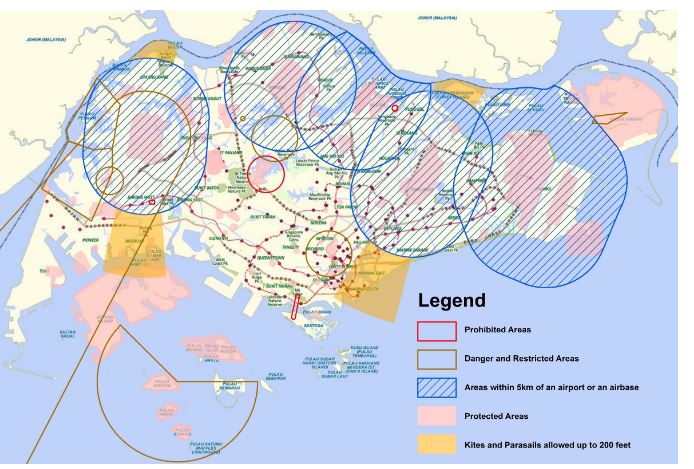 Singapore’s “Straits Times” reports that the Civil Aviation Authority of Singapore (CAAS) intends to develop a system that can monitor unmanned aircraft systems. “This system will allow Singapore to check if individual drones are operating under valid permits, and issue alerts to pilots who fall afoul of regulations, Senior Minister of State for Transport Lam Pin Min announced in Parliament on Monday (Jan 14). Dr Lam said this is part of an approach to deal with cooperative unmanned aircraft.”

“As for uncooperative unmanned aircraft systems, CAAS actually cooperates with Changi Airport Group, the Defence Science and Technology Agency, Ministry of Defence as well as Ministry of Home Affairs to neutralise either by force down or destroying rogue (aircraft) swiftly,” he added.

Dr Lam was reported as saying eight instances of unauthorised unmanned aircraft systems flying within 5km of Changi Airport were recorded in the past three years. But none of these cases involved intrusions into Changi Airport.

“As part of efforts to enforce restrictions on drone flying around both Changi and Seletar airports, the CAAS has been engaging auxiliary police to conduct regular surveillance and patrols in the two areas, Dr Lam added.”