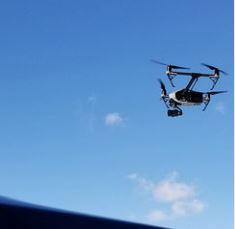 “New York’s investment in the unmanned aerial systems industry has transformed Central New York and the Mohawk Valley into global leaders in this cutting-edge technology, creating jobs and boosting local economies,” Governor Cuomo said. “We will continue to support these innovative companies as they help to grow the drone corridor and strengthen these regions for generations to come.”

Since 2015, New York State has established itself as the nation’s premiere destination for drones and businesses at the forefront of innovation. The state has invested over USD40 million to position itself to become the nation’s drone capital, including funding for the 50-mile “drone highway” and GENIUS NY. This significant investment has pioneered the development of New York’s drone industry.

The six companies include:

Northeast Information Discovery, Inc. – The cyber security research and development enterprise will construct and equip a new facility in Canastota, Madison County which will be home to state-of-the-art laboratories. The company has committed to creating up to 45 new jobs over the next five years.

Microdrones – The company, which provides aircraft, services and solution for a wide range of drone applications is taking part in START-UP NY program partnership with Mohawk Valley Community College in an effort to have access to facilities and resources and MVCC students gain internships, workforce development and career opportunities. They have committed to creating up to four jobs but has already created a total of seven jobs in the region.

Assured Information Security, Inc.– A startup company that grew out of the Air Force Research Lab to one of the fastest growing tech firms in Central New York and the Mohawk Valley. AIS will launch a division focused on the cybersecurity of unmanned systems. They have locations in Syracuse and Rome and it has committed to creating up to 12 new jobs.

Unifly – Based in Belgium, and in partnership with Northeast UAS Airspace Integration Research Alliance (NUAIR Alliance) and Griffiss International Airport, the company will create up to 39 new jobs as it establishes its North American Headquarters in Central New York to deploy its software platform and support traffic management testing. Working with NUAIR it will enable enhancements to test Beyond Visual Line of Site (BVLOS) systems with the ultimate goal of safely integrating UAVs into the nation’s airspace.

In addition, the state has committed funding to creating a USD7 million “Sky Dome” at Griffiss to help draw companies to the region who are dedicated to locating operations at the airport facility. The total state investment is a USD1.4 million grant through the Consolidated Funding Application process.