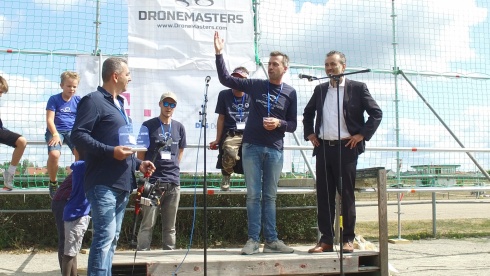 According to the research paper: “Several sUAS were equipped with the two tracking systems to assure overlay comparison and redundant data collection.”

The following two system approaches were evaluated during the event:

“According to preliminary assessment of the recorded data, both systems were able to assure ongoing live-feed of position and tracking of the sUAS, increasing situational awareness for the event organizer, authorities and possible surveyors. The local SKIDER system adds less latency to the measurement and data processing than the central solution due to its local nature, while the advantages of the central system of DFS and DTAG is the full integration of its vast surveillance and communication infrastructure that allows the embedding into the national air traffic surveillance.

“There is good reason to evaluate the combination of both, and eventually to integrate both solution into each other. It also turns out that drone surveillance and the facilitation of VLL drone operations becomes a new driver to address the inherent challenges, and that once more multisensor data fusion gets again at the very heart of an overarching traffic management solution.”