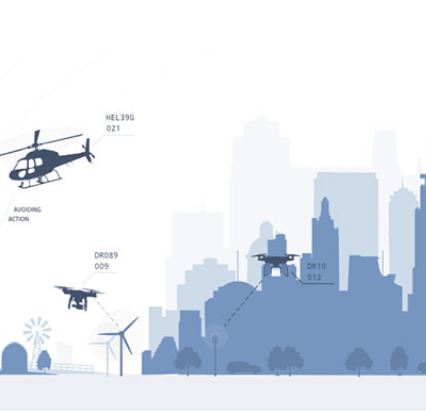 Live demonstrations have recently started as part of the CLASS or CLear Air Situation for uaS, a project co-funded by the SESAR Joint Undertaking in support of the safe and secure integration of drones.

Partners in the CLASS project are researching real-time tracking and the display of both cooperative and non-cooperative drones. Drones that transmit their location themselves are called cooperative, whereas for non-cooperative drones the locations are observed and tracked by the external system. In both cases, relevant aeronautical data is aggregated and the data from multiple trackers (both on the drones and on the ground-based systems) is merged through data fusion so that the location of all drones in the airspace can be known and displayed.

As a first step in the CLASS project tested drone detection and tracking technologies during live demonstrations, which took place at the Deenethorpe airfield (UK) in October. The project performed 40 flights and six scenarios in total. In the scenarios, one drone was equipped with a tracker while a holographic radar with 3D and Doppler capabilities was used to identify the vehicles. The data collected during the demos is now being analysed with the purpose of developing a data fusion algorithm. The output of the data fusion is a clear and sound air situation, displaying both cooperative and non-cooperative drones.

The system will provide the basis with which to develop U-space services tailored to end-users such as drone operators, air navigation service providers (ANSPs) and authorities. Advanced services include tactical geo-fencing (where the drone pilot is warned automatically if he trespasses into an unauthorised zone), geo-caging (where the drone pilot is warned that he is leaving a pre-defined zone), conflict detection and resolution.

CLASS is part of a Horizon 2020 SESAR-1-2016 call. The CLASS project will merge existing technologies to build the core functions of an Unmanned Traffic Management System (UTMS). A real-time centralized UTMS will be developed. This platform will propose an overall view of both the planned and the current real-time UAS traffic situation.

Led by Airbus Defenc and Space, the project brings together the following partners: Aveillant, Ecole Nationale de l’Aviation Civile (ENAC), Norwegian University of Science and Technology (NTNU) and Unifly. The project is funded as part SESAR 2020, the programme for air traffic management modernisation, and within the framework of Horizon 2020.