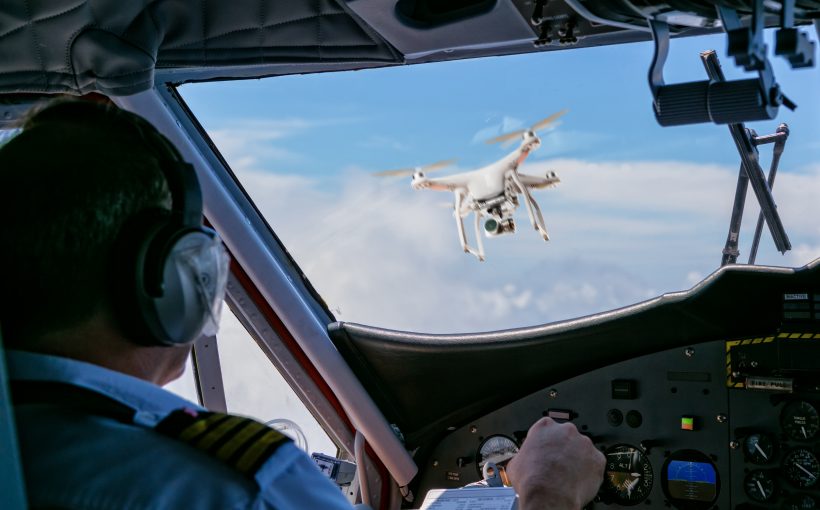 The Civil Air Navigation Services Organisation (CANSO) has written a paper for the 13th International Civil Aviation Organization (ICAO) Air Navigation Conference (9-10 October 2018) asking ICAO to ensure that UAS traffic management (UTM) systems will all be developed to be interoperable with existing ATM infrastructure and can be demonstrated to be at an equivalent level of safety, complying with the rules of airspace. “It is important that UTM systems should not be developed in isolation from current ATM systems,” says CANSO. “CANSO is also calling for a system to be established so that air traffic management is alerted when a controller loses the radio link to an unmanned aerial vehicle.”

According to the CANSO paper:

“The potential for possible interaction problems between controlled aircraft and UAS around airports and close to boundaries of controlled airspace may lead to decisions that impact the efficiency of the ATM system….The Conference is invited to advise States to make sure that approved UTM systems are interoperable with existing ATM systems, and can be demonstrated to be at an equivalent level of safety and compliant with the rules of the airspace.

“Experience of RPAS operations and their interaction with the ATM system indicates that currently, RPAS are unable to comply with many standard, routine ATM procedures. This has not prevented RPAS operations, but has limited their integration due to special activity airspace, altitude reservations or other airspace separations. Thus, RPAS operators are now seeking greater freedom of access to airspace and this will increasingly interact with the wider ATM system.

“Drones are smaller UAS that routinely operate at much lower altitudes than RPAS. Day-to-day presence of large numbers of drones operating within, or in the vicinity of, controlled airspace may pose challenges for ANSPs to ensure separation of UAS from both manned and other unmanned aircraft in non-segregated airspace. This will have the potential to impact the safety and efficiency of ATM. For instance, drone operations at low altitudes, near airports create safety concerns from local ANSPs. Speed, manoeuvrability, climb rate, performance characteristics and avionic system equipage may differ substantially from conventional aircraft and may necessitate changes in standards and procedures governing ATM in the future.

“A key factor in safely integrating unmanned technology in non-segregated airspace is the ability for a drone to perform in a predictable manner and that there shall always be a pilot in command of the operation. However it is assumed that, in the future, there will be a higher degree of automation. Should that be the case, the control of UAS, the interaction of UAS with other users of the airspace and the interaction of UAS with present or future air traffic management systems, by means of non-human entities should also demonstrate equivalence with all the rules and safety thresholds established for flying, certifying and equipping aircraft.

“There is an assumption that to increase the capability of low altitude drone operations and the capacity of low altitude controlled and uncontrolled airspace, a new airspace management system is needed. There are several projects being explored by regulatory and research bodies to explore the development of a UTM or U-Space system that will enable scheduling and de-confliction of UAS operations in all classes of airspace. ANSPs already provide a wide range of air navigation services – i.e. ATM, communications, navigation, and surveillance (CNS), aeronautical information service (AIS)/ – 3 – AN-Conf/13-WP/170 aeronautical information management (AIM), meteorological (MET) or search and rescue (SAR). Some of these services are directly applicable to the UTM context (e.g. AIS/AIM, see below), others provide a sound experience that should be considered when developing new dedicated UTM services. These new services, although conceptually different from present day air navigation services, serve the same purpose and should also be considered air navigation services since UTM or U-Space could, in the not too distant future and once it is demonstrated as workable, be gradually extended to today’s conventional operations.

“Full integration within the ATM system can only come with equivalent equipage, performance capabilities, and operator competency required by the rules for that airspace. Any UTM service interface must be designed to be compatible with the existing ATM data requirements and must only require the minimum of changes to the ATM service. The establishment of this interface and the provision of UTM information must be at no cost to the ATM service provider and must comply with all aspects of cyber security necessary to ensure the ongoing integrity of the ATM service.

“It is important for ANSPs to collaborate in these efforts to ensure there is: