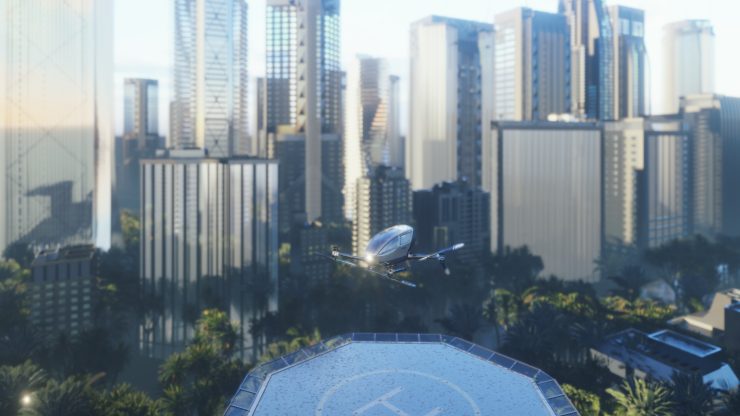 Fourteen European cities and regions, members of the UAM Initiative Cities Community (UIC2), presented their ‘Manifesto on the Multilevel Governance of the Urban Sky’, https://www.amsterdamdroneweek.com/manifesto at the Amsterdam Drone Week event, arguing for explicitly acknowledging the role of cities and regions in the multilevel governance of U-Space and giving them a deciding role as competent authority, along with other pertinent stakeholders, in the governance of U-Space, or UAM, operations in their territories.

Rob Welten, Chairman of Euregio, Netherlands/Germany said: “U-Space will open up a new chapter for cities and regions. The activities in low level airspace are going to interact with the city on the ground, and this brings new opportunities and responsibilities for us cities. With the manifesto, we want to kickstart our collaboration with other aviation and non-aviation authorities and stakeholders to make sure U-Space is going to be a success.”

And Dr. Christian Scharpf, Lord Mayor in the City of Ingolstadt, Germany stated: “In Ingolstadt we welcome UAM as an innovative mobility solution. Whether it is about air taxis or the transportation of medical supplies with drones, it is important that we anticipate and design UAM services that are safe, reliable and fit in with local needs and circumstances. Which is why we support this manifesto.”

Malgorzata Darowska Plenipotentiary of the Minister of Infrastructure (Poland) at the Ministry of Infrastructure UAV (U-Space and the CEDD Program) addressed the issue of who should define the exact areas of responsibility between cities and aviation authorities when it comes to UAM.

“In Poland we have started a participatory process and we are talking with the cities and analysing the regulations,” she said. “There is a regulatory gap – but not that much. We have to find a way to a make a delineation between the States and the local authorities and this will also be connected to the way the technology will develop; I can image that cities would like to manage the airspace but the question is will they be capable of doing this – and when?”

“That’s why you have to collaborate and exchange and find where the skills and responsibilities (lie|),” said Vassilis Agouridas, who head the UIC2 initiative. “Cities are responsible for the citizens, aviation authorities are responsible for vehicle safety and that’s why we try to promote the dialogue, to see where these responsibilities overlap and converge….Perhaps if you consider ICAO’s long standing rules I am not sure whether they have studied urban aviation. Now we are not talking about national sovereignty but city or regional sovereignty, so we need to update the status quo to adapt to the new realities and possibilities.”