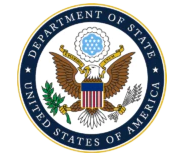 According to the US Department of State, the Russian Federation has recklessly conducted a destructive test of a direct-ascent anti-satellite missile against one of its own satellites.

This test has so far generated over fifteen hundred pieces of trackable orbital debris and will likely generate hundreds of thousands of pieces of smaller orbital debris.  The long-lived debris created by this dangerous and irresponsible test will now threaten satellites and other space objects that are vital to all nations’ security, economic, and scientific interests for decades to come.  In addition, it will significantly increase the risk to astronauts and cosmonauts on the International Space Station and other human spaceflight activities.  The safety and security of all actors seeking to explore and use outer space for peaceful purposes has been carelessly endangered by this test.

The events of November 15, 2021, clearly demonstrate that Russia, despite its claims of opposing the weaponization of outer space, is willing to jeopardize the long-term sustainability of outer space and imperil the exploration and use of outer space by all nations through its reckless and irresponsible behaviour, says the state department.

The US is working with allies and partners in response and calls upon all responsible spacefaring nations to join efforts to develop norms of responsible behaviour and to refrain from conducting dangerous and irresponsible destructive tests like those carried out by Russia.