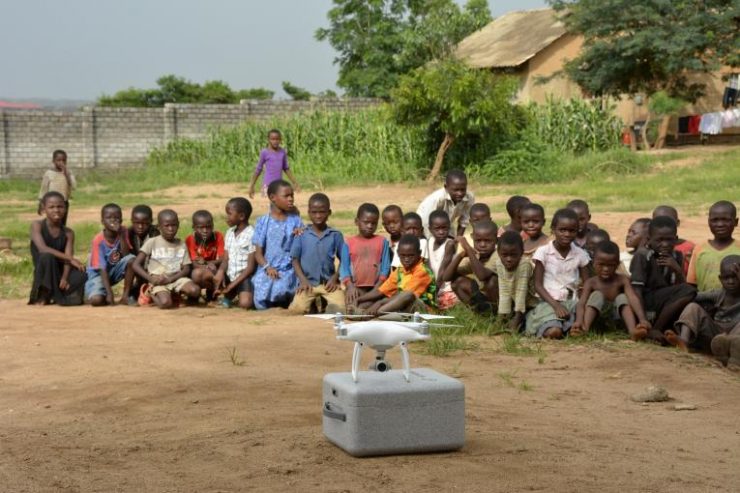 UNICEF reports that Sierra Leone will serve as a new drone-testing site for humanitarian and development initiatives to improve the lives of children in hard to reach areas. The country will be the fourth in a network of drone testing corridors launched by UNICEF and the governments of Malawi, Vanuatu and Kazakhstan. Plans are also underway to launch a similar drone testing corridor in Namibia.

“UNICEF and the Government of Sierra Leone (led by the Directorate for Science, Technology and Innovation and Ministry of Transport and Aviation) will establish a drone corridor for the development and testing of drones for aerial imagery and transportation. Aerial imaging projects will include mapping infrastructure, agriculture and transportation to focus on the delivery of life-saving medical supplies and perishable goods. The initiative will support education programs to build the skills needed to operate and maintain drones locally.”

“From the world’s first drone-delivered vaccines in Vanuatu, to the tallest drone airspace for search and rescue in Kazakhstan, to stopping the spread of malaria in Malawi, we’re constantly expanding the ways in which we can use drones for social good,” said Christopher Fabian Principal Adviser of UNICEF Office of Innovation, ”But today’s expansion of a drone corridor in Sierra Leone is proof we won’t stop there. UNICEF is exploring ways of delivering similar solutions in a variety of environments – globally and at scale.”

In the Zambezi region of Namibia which has a high prevalence of HIV, UNICEF Namibia plans to use a drone delivery network to eventually transport blood samples from rural areas to central laboratories. During the rainy seasons, rural communities in the region are often cut off by floods for up to six months. Drones could render these unreachable communities within reach, making a significant contribution to efforts to tackle HIV and AIDS.

To further extend its drones programme, UNICEF will work with Irelandia Aviation to research, prototype and test innovative solutions for drone operations. The collaboration will strengthen efforts for large-scale mapping, machine learning, data analytics and the emergency response capability of the countries where UNICEF has drone programmes.