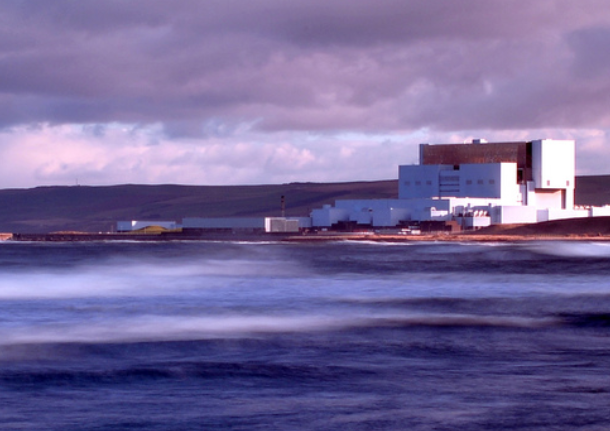 The UK Drone Pathfinder Programme, sponsored by the Department for Transport (DfT), is supporting a new project by Cranfield University and EDF Energy to establish the feasibility of Beyond Visual Line of Sight (BVLOS) operations, within a regulatory and safety context for the use of drones near nuclear plants, for early detection of marine (i.e. jellyfish and kelp) ingress. Routine wide area data capture by drones could form part of an early warning system, which will allow the adjustment of water-cooling mechanisms to protect both electricity generation and the environment.

Cranfield and EDF will deliver this project in partnership with SME Caintech, the Smith Institute and The Engineering and Physical Sciences Research Council (EPSRC). The consortium will first optimise wide-area UAS monitoring protocols using statistical and mathematical techniques, which will include an academic review of the benefits of Extended Visual Line of Sight (EVLOS) / BVLOS operations within the context of marine ingress detection. The programme will then undertake BVLOS UAS trials near an EDF nuclear power station later in the year to detect jellyfish and kelp blooms.

The project is part of UK Drones Pathfinder Programme, which is sponsored by the Department for Transport (DfT) and takes a phased approach to achieving routine use of drones within the UK, identifying and overcoming the technical, operational, and commercial barriers for bringing new BVLOS services to the UK.

Dr Alex Evans, Mathematical Consultant at the Smith Institute said “It is exciting to see the use of complex and powerful mathematical techniques, in combination with new drone technologies, helping to solve an important industrial problem with such far reaching impacts. It has been a pleasure to support this project and to see the excellent progress made so far as well as the potential for future development.”

Craig McDonald, UAV Operations Manager at Caintech said: “We are delighted to be working with Cranfield University and EDF Energy on this project. Having worked on this project alongside Cranfield University from the beginning, it is great to see how it has developed. The implementation of BVLOS will greatly improve the area in which we can cover which in turn will mean we can detect marine ingress earlier.”

The Drones Pathfinder Programme is managed by the Connected Places Catapult in partnership with the Department of Transport (DfT) and supported by the Department for Business, Energy and Industrial Strategy and the CAA.