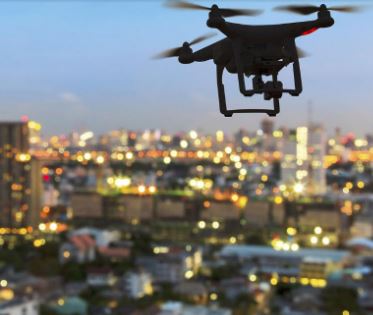 Risks to the travelling public must be reduced by introducing mandatory geo-fencing for drones without delay. The move is one of six safety steps being called for by GATCO, the UK Guild of Air Traffic Control Officers.

In 2018, there were 105 airproxes involving drones investigated by the UK Airprox Board with 75 resulting in assessments of a ‘serious risk existing’ or safety ‘may have been compromised’, according to the organisation. Research by the Department for Transport, the Military Aviation Authority and the British Airline Pilots’ Association has shown that significant damage can be caused to an aircraft in a drone collision.

“While the UK government has taken some welcomed action on drone regulation, including the introduction of new flight restriction zones around licensed aerodromes effective 13 March 2019, the problem with its piecemeal approach to regulation is that there is no emphasis on stopping drones from flying into areas where they can pose a risk to the flying public. The measures so far rely on individuals following rules and/or being competent enough to operate their drones within those rules. GATCO is calling for the government to mandate geo-fencing now, which will prevent drones from flying in areas where they could be a danger to passenger and private aircraft.

“The six steps for safety GATCO is calling on the government to enact are:

“While GATCO fully supports the development of the drone industry and recognises the immense benefits that it can bring both economically and socially, the integration of drones into uncontrolled and subsequently controlled airspace must be carried out while putting the safety of the public first – before any economic considerations. The UK government seems to be reluctant to act in advance of European-wide regulation even when some other European countries have already done so. It is not time for urgent action to protect the travelling public.”