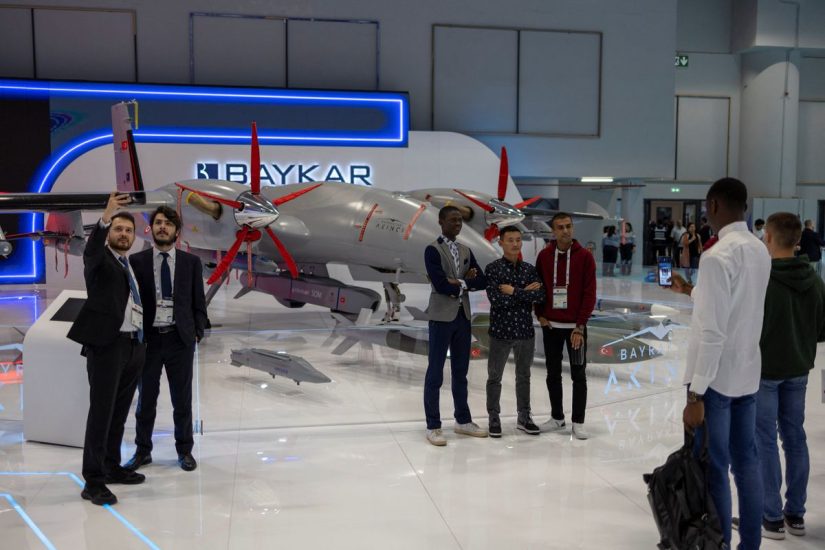 According to reports by Daily Sabah, and by UAS Vision, sourced from Deutsche Presse-Agentur, the Turkish drone manufacturer Baykar plans to equip its Bayraktar TB2 and Akıncıs drones with air-to-air missiles to engage other drones and enemy aircraft. The report follows comments by Haluk Bayraktar during the SAHA Expo defence fair in Istanbul.

“During the fair, a contract was signed between Turkish rocket and missile-making giant Roketsan and Baykar for the integration of the Sungur air defense missile to combat drones, according to Daily Sabah.

“Sungur is “a proven ammunition, especially against moving targets such as helicopters and drones. Using it from our unmanned aerial vehicles (UAVs) as an air-to-air missile will be a game changer,” Murat Ikinci, Roketsan general manager said at the fair.

“Integration of such missiles to Akıncı and Bayraktar TB2 combat drones can lead to the creation of a low-cost air patrol concept in eliminating threats such as attack helicopters and enemy drones, including kamikaze drones, instead of using high-cost air-to-air missiles. Ukraine currently tries to intercept kamikaze UAVs used by Russia with fighter jets in its inventory but the use of UAVs will be a cost-effective solution for them. The Ukrainian army have largely been successfully using Baykar’s TB2 unmanned combat aerial vehicles (UCAV) against the Russian invasion since February.

“Today, 93% of Bayraktar TB2’s parts are locally made, the firm said, adding that the combat drone is exported to 24 countries from Africa to Central Asia and Europe, bringing in a $1 billion surplus. Bayraktar said he disagrees with criticism that “dronified warfare” lowers the threshold for war. He argued that drone technology rather helps “eliminate collateral damage” thanks to advanced precision and surveillance.”