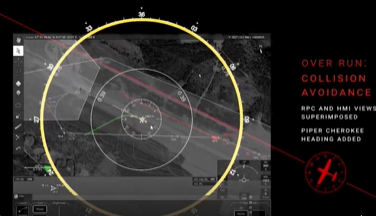 The SESAR ERICA project team demonstrated detect and avoid capabilities by manned and unmanned aircraft in live flight demonstration led by Saab and featuring UMS Skeldar and Trafikverket. The flight involving a manned aircraft and an unmanned SKELDAR V-200 UA showed that Detect and Avoid (DAA) technology is capable of mitigating the risks that have so far prevented manned aircraft from sharing airspace with unmanned aircraft.

UMS SKELDAR expects DAA systems to become a core legislative requirement for UAs in our category, and could also prove invaluable for highly hazardous operations where deploying manned aircraft is not an option.