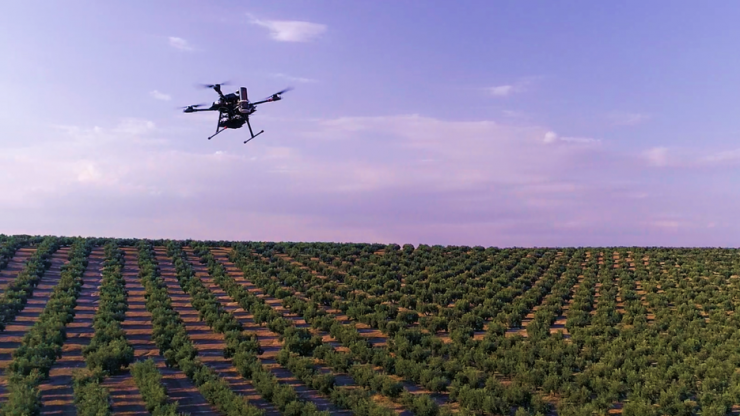 According to a programme statement: “The consortium carried out more than one hundred drone flights in July at ATLAS test flight centre in Villacarrillo (Jaén, Spain) where different navigation settings were tested on the on-board sensors. Six scenarios were simulated during the exercises, which has led to the extraction of up to 600 data packets that are already being analysed with the objective of proving the advantages of EGNOS and Galileo in terms of accuracy, integrity and availability.

“The simulated scenarios included delivering a package navigating obstacles, surveilling vast expanses of land, technical exercises and flight simulation in an urban area, among others. The urban simulation will be completed with flights in a real urban setting in Seville in the coming weeks. Project GAUSS employed three platforms to conduct the tests: two multi-rotor systems, one from the University of Seville and the other from Spanish company, SCR, and a fixed-wing drone, TUCAN, also from SCR. Septentrio, u-blox and NovAtel sensors were integrated.”

GAUSS (Galileo-EGNOS as an Asset for UTM Safety and Security) is a H2020 project coordinated by everis Aerospace, Defense and Security, in which the Institut de Robòtica i Informàtica Industrial (CSIC-UPC), RINA Consulting, ARATOS, the University of Cranfield, the University of Seville (USE) and Satways also participate.  The objective of the project is to develop a high-performance positioning system for drones within the U-Space framework focusing on VLL (Very Low Level) and UAS (Unmanned Aircraft System) operations.

Project GAUSS is based on Global Navigation Satellite Systems (GNSS) together with the use and fusion of on-board sensors. One of its key elements is the integration and exploitation of Galileo and EGNOS exceptional features in terms of accuracy, integrity, security and availability.