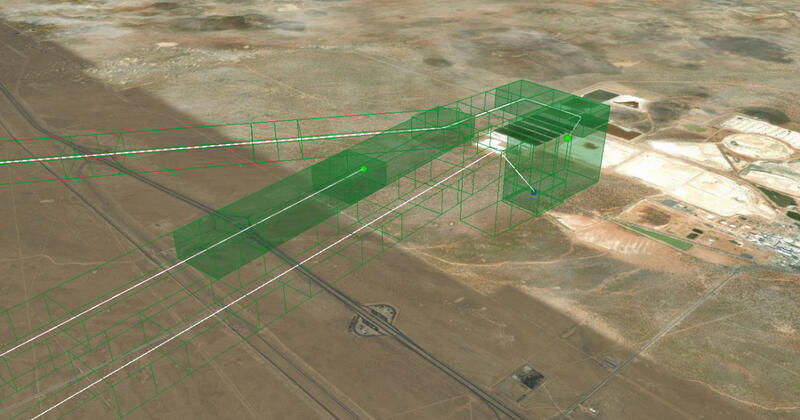 The National Aeronautics and Space Administration (NASA) is progressing with its Advanced Air Mobility (AAM) National Campaign (NC), created to promote public confidence and acceptance of emerging aviation markets. NASA selected 14 partners in July to participate in the next round of NC airspace simulations—called X4—to continue work towards integrating air taxis, cargo delivery aircraft and other new air vehicle concepts into the national airspace system.

Among those selected, the Metron Aviation – Airbus UTM team is developing and deploying tools to enable digital air traffic services to ensure a safe, fair and efficient airspace, creating a safe, integrated, accessible airspace supporting a wide range of new aircraft and operations.

According to an Airbus blog:

A key component of NASA’s NC is the Airspace Annex, which provides a virtual environment for third-party airspace service providers—such as Airbus UTM—to validate technology capabilities, with the ultimate goal of accelerating the deployment of software services to support AAM. The NC provides a great opportunity to advance verification and validation processes of AAM concepts and processes, such as those provided by Airbus UTM’s simulation platform.

In 2020, the Airspace Annex centred around a series of simulations—called X3—that provided an opportunity to integrate and test our technology through simulations with NASA’s X3 system. These simulations allowed NASA engineers to evaluate a provider’s current capabilities, its ability to communicate with other industry partners, to adapt to different flight scenarios and to solicit feedback for NASA’s software architecture.

The Metron Aviation – Airbus UTM team was selected by NASA to participate in X3. In preparation, we developed and deployed a Provider of UAM Services (PSU), as well as a simulation engine or ‘target generator’ to simulate AAM vehicle operations. X3 simulations began last August and concluded in December 2020, and covered three specific scenarios:

In addition to four separate X3 simulation tests, our team completed additional tests to confirm connectivity to NASA’s X3 systems, and to verify PSU and target generator functionality. Of the 11 participating teams, the Metron Aviation – Airbus UTM team was one of only two to complete all scenario tests with NASA. Our successful navigation of these simulations allowed us to refine, test and validate AAM services consistent with pending global standards and provided NASA with meaningful insight to prepare for the next National Campaign simulations and flight test program.

X4 is the next laboratory evaluation activity in the programme, ahead of the first National Campaign test (NC-1). X4 will advance the technology and test new information sharing requirements – amongst providers, as well as between providers and air traffic controllers – to enable safe, efficient urban air mobility operations while staying aware of increasing demands on the airspace. The team will support the National Campaign Developmental Test in 2021, and NC-1 in 2022. For NC-1, industry partners will focus on demonstrating integrated operations through flight activities with vehicles and third-party airspace service providers at various locations in the National Airspace System around the country.

Over the next decade, NASA will work to determine how cities, airports, and overall infrastructure can support this type of passenger transport and cargo delivery. The data and lessons learned from the National Campaign will help inform FAA policies and procedures that industry will follow as they fly various-size vehicles and diverse missions. In addition, demonstrations will enable communities and local governments to further understand operations and assess the noise footprint of these new vehicles.