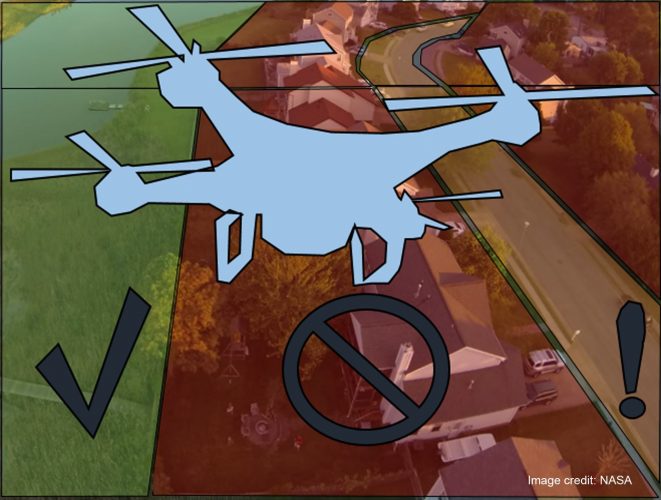 NASA in the USA is promoting a range of technology developments which it says will unlock new capabilities of drones in commercial operations by adding safety and environmental protection features. It is seeking industry sponsors to licence these technologies.

According to a Linkedin post there are three key technologies which NASA has developed which will ensure drone operators find a safe landing place in case of an emergency, track drones in areas without GPS experts and help reduce the sound of drone propellers.

“Keep drones from crash landing in someone’s living room
With drone package delivery on the horizon, UAVs need a system that can keep them from making a crash landing in unsafe spots (like a roof or a busy street) without the need of a human pilot. Enter NASA’s Safe2Ditch system, which can be easily added to existing UAVs. It provides the drone with an automatic ability to find the safest place to land in case of an emergency.

“Track drones in areas without GPS access
GPS navigation is ingrained so much in daily life, it can often be taken for granted. Unfortunately, GPS isn’t available everywhere, but that doesn’t have to stop your UAVs from getting around. The Autonomous Positioning and Navigation Network can help you keep up with drones by allowing them to navigate based on the position of other drones in the fleet. Plus, improvements to the network architecture may be as simple as a software update.

“Easy solution to hush up noisy drones
Community noise pollution from busy, buzzing drones is a big barrier that is keeping UAVs from becoming the new normal in package delivery. But, thanks to this NASA tech that tweaks the position of the propellers, drone noise is significantly decreased. This tech can also be easily added to drones with very little additional hardware.