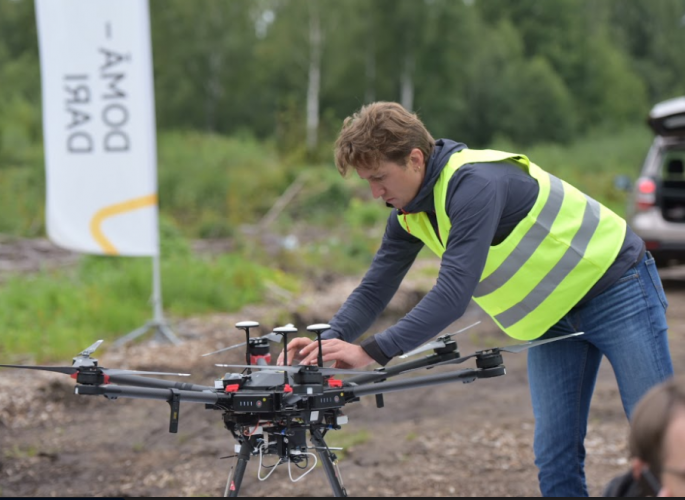 According to a press release by LMT, the cross-border flight was performed during the LAMPA Conversation Festival within the scope of a discussion on the future role of drones in society. A live video was streamed at the event demonstrating not only the drone’s flight Beyond the Visual Line of Sight (BVLOS), but also its crossing of the Latvian-Estonian border, where it connected to the Estonian mobile network for the final leg of the journey.

The demonstration was a meaningful step toward understanding the technological capabilities of drones, expanding the scope of potential applications. One such use case in active development is linked to Rail Baltica, the international railway project spanning the Baltic states, who are considering 5G technologies for potential use in railway infrastructure. The ability to easily cross borders while maintaining connectivity would make it possible for drones to participate in railway safety measures by monitoring and maintaining tracks that are in border regions.

The flight started in Latvia and ended in Estonia, with the multirotor drone travelling a total of 8km. The drone was equipped with two SIM cards – one from each country – and switched from one to the other mid-flight as it crossed the border. To accomplish the BVLOS flight, UgCS ground control software was used in combination with a custom-built command and control modem that was built in collaboration with SPH Engineering. The cross-border demonstration proved the hypothesis that it is technically feasible to switch networks within a few milliseconds and provided the confidence to continue with cross-border mobile network-based project development.

The experiment was conducted within the scope of the Comp4Drones project, which aims to provide a framework of key enabling technologies for safe and autonomous drones.

LMT is also a participant in an R&D project under the GSMA and GUTMA joint drone working group. The working group brings together mobile operators, aviation industry participants, and UTM representatives to develop recommendations on how to incorporate drones into airspace and how to use the mobile network as a communication channel for aviation usage. The research will be compiled in an extensive whitepaper that will be made available by the end of 2020.