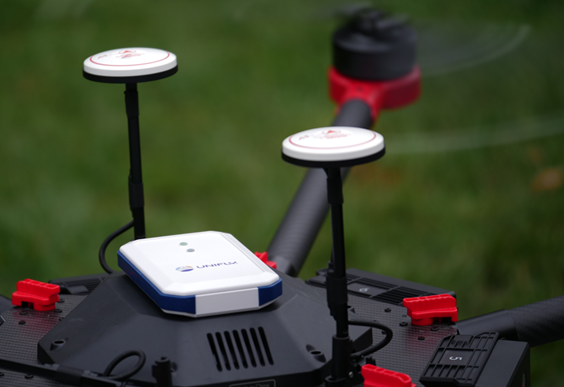 Kongsberg Geospatial has announced today that it has partnered with Unifly to enable real-time e-Identification and tracking of drones using Unifly BLIP (Broadcast Location & Identity Platform).

According to a company press release: “Kongsberg Geospatial’s airspace situational awareness system IRIS was developed based on technology originally created for missile defence applications, and has been conceived to provide drone operators with enhanced situational awareness while operating unmanned aircraft and land vehicles.  The system fuses data from a wide range of real-time sensors, such as the Unifly BLIP technology, to provide drone pilots with a precise real-time picture of their operational airspace when piloting one or more unmanned vehicles beyond visual line-of-sight (BVLOS).

“Unifly’s BLIP enables safe BVLOS drone flights thanks to its real-time tracking in combination with the BLIP Data Platform. The BLIP is an autonomous weather-proof tracker that functions independently from the drone itself as a stand-alone digital blackbox. It is ready to use once attached to a drone and has its own power source and sensors for position, altitude, temperature, pressure, speed and direction. Additionally, BLIP broadcasts the drone’s e-identification, 3D location and take-off position over Bluetooth Low Energy (BLE).  The BLIP Data Platform translates the data given by the BLIP and forwards it in real-time to multiple UTM systems or real-time airspace situational awareness applications like Kongsberg Geospatial IRIS

(image: The Unify BLIP is an autonomous weather-proof tracker that functions independently from the drone itself as a stand-alone digital blackbox.)