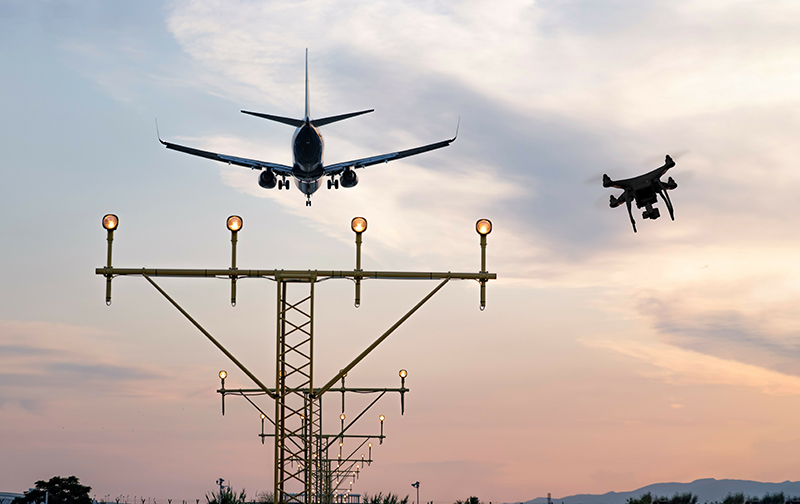 Currently, drone flights must be controlled by a pilot that can see the drone with the naked eye. However, in the future, drones will be able to automatically select their mission and conduct their flight within approved rules but without direct human intervention or control. This project aims to deliver the first real world implementation of such a system in a congested environment that is representative of a city.

HADO aims to create a scalable technical and regulatory enterprise that will dramatically accelerate the commercial roll out of autonomous unmanned aerial systems in high intensity environments across the UK. It has the potential to unlock more autonomous drone capabilities than ever before and will drive progress through a wide range of real-world use cases and applications.

The GBP13 million project led by OSL is one of the biggest in scale and ambition to secure partial funding from the Government’s Future Flight Challenge. It is expected to take 24 months, and will be delivered in collaboration with Heathrow Airport, Thales UK, Cranfield University, Dynamic Intelligence Solutions, Rinicom Intelligent Solutions, Carmenta, Herotech8, and UAVTek, and supported by the National Physical Laboratory, Ocuair, Nexus Nine, Cranfield Airport and Bird & Bird LLP as project subcontractors.

The final stage of the project will feature a four-month demonstration of autonomous drone operations at Heathrow.

Current regulations are restrictive and prevent the full potential and benefits of commercial drone operations from being realised in high-intensity airspace. Project HADO aims to challenge this by deploying systems capable of operating multiple drones autonomously and simultaneously beyond visual line of sight. This will be achieved utilising a wide array of technology modules, from the use of synthetic environments, to integrated drone surveillance systems and unified ATM and UTM.

Using Heathrow Airport as a test and development ground, this 24-month programme aims to prove that multiple drones can be safely and autonomously operated BVLOS (beyond visual line of site) within one of the world’s highest intensity sites – navigating obstacles such as aircraft, wildlife, civilians, ground transportation, and other drones, unlocking potential for other ambitious projects such as Smart Cities and Urban Air Mobility.

Project HADO seeks to accelerate the global acceptance of using drones for good. A negative and high-risk view of drones regularly leads to constrained piloted, line of sight operations which are inefficient and laborious. Project HADO will demonstrate the ability to achieve more, safely using drones in an intense environment allowing future commercial offerings such as:

Mark Legh-Smith, CEO at OSL, said: “Enabling autonomous beyond visual line of sight drone operations in intensely busy areas is key to unlocking drone-enabled economies and a future of smart airports and smart cities. We believe that HADO® is a unique project with potential to unlock significant commercial opportunities in the UK. We have drawn together an impressive consortium with the experience and expertise to achieve this ambitious goal and are excited to work with them to transform drone operations in this country.”

Gary Cutts, Future Flight Challenge Director at UKRI, said: “There are lots of challenges that need to be overcome for us to safely integrate autonomous drones into our existing airspace. The information Project HADO® gathers during its ambitious four-month trial, in the challenging environment of Heathrow, will be vital in helping the industry understand how we can resolve issues before we scale up further.”