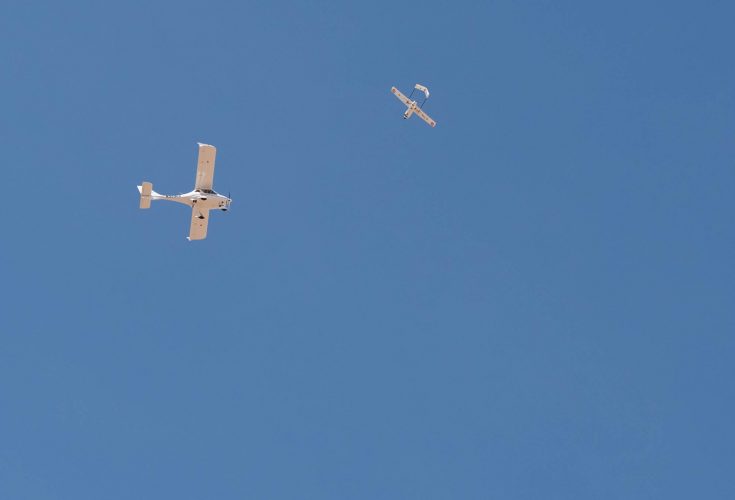 Two types of UAS, a multi-rotor and a fixed wing, fitted with detect and avoid equipment, and two manned, NMSU vehicles, the CTLS Light Sport aircraft and Spyder Ultralight aircraft, which posed as the intruder aircraft, were used in the flight testing. An AI-based autonomous collision avoidance system from Iris Automation called Casia was used on the UAS to detect manned aircraft and respond with an avoidance manoeuvre.

Flight information on both the UAS and manned vehicles was collected, and the research team is due to plot together the information to show the encounters in the coming weeks. NMSU then plans to provide the FAA with details about the performance of the technology. FAA UAS technical project lead Bill Oehlschlager said: ““We have several more flight test events before we actually come up with a comprehensive plan, but we are using each flight test event to further expand the data we need to collect and how the operations need to run. We are using each incremental step to collect more data and make it safer for when we actually do this testing.”

In this research area, NMSU is evaluating the requirements for an airborne or ground-based Detect and Avoid system compatible with small UAS (55 pounds and less) operating in limited portions of the National Air Space to comply with the regulations and not increase the risk to other aircraft or people on the ground, beyond what is currently in effect. Additionally, NMSU is accessing the requirements for software along with what are the most feasible airborne or ground-based sensors.