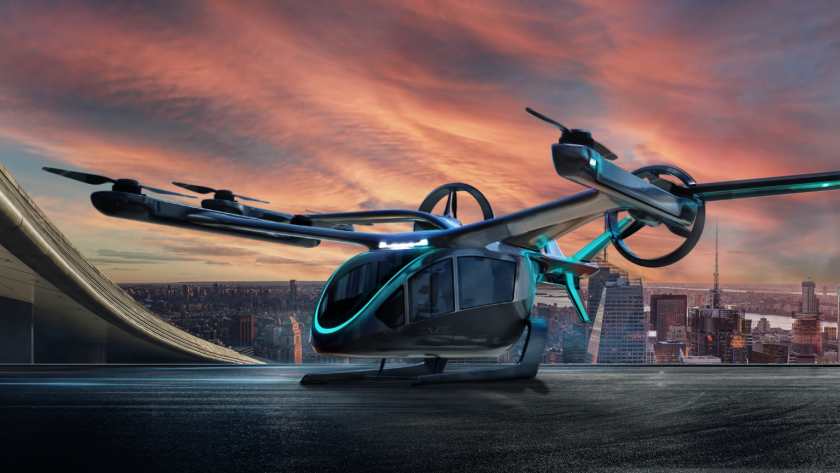 Embraer’s urban air mobility spinoff Eve has joined with Zanite Acquisition Corp, a special purpose acquisition company focused on the aviation sector, to list on the new York Stock Exchange (NYSE) under the name Eve Holding. Embraer remains a majority stockholder through its subsidiary Embraer Aircraft Holding with an approximately 82% equity stake in Eve Holding following the closing of the business combination.

Eve is involved in aspects of Unmanned Aerial Systems (UAS) technology including urban Air Traffic Management (UTM), electric vertical takeoff and landing vehicle (eVTOL) design and production, service and support and fleet operations. By leveraging the ongoing support and resources of Embraer and the anticipated proceeds from the business combination, the parties to the transaction believe that Eve is uniquely positioned to develop, certify and commercialize its UAM solutions on a global scale.

Eve is the first company to graduate from EmbraerX, the market accelerator created in 2017 by Embraer, a global leader in the aviation industry with a more than 50-year history of aircraft manufacturing and certification expertise.  Eve is focused on the potential USD760 billion urban air mobility (UAM) addressable market, says a company press release.

Eve will be led by co-CEOs Jerry DeMuro, who most recently served as CEO of BAE Systems, Inc., and Andre Stein, who has led Eve since its inception and served in leadership roles with Embraer for more than two decades.  “Urban air mobility is a transformational opportunity in the aviation sector.  I joined Eve because I believe that there is no company better positioned to capitalize on the tremendous potential of this emerging market,” said Jerry DeMuro, Co-CEO. Andre Stein, Co-CEO, added, “Eve was founded on a vision to accelerate the UAM ecosystem, make safe and affordable urban air transportation available to all citizens, while reducing global carbon emissions. The transaction announced today with Zanite is a major milestone that will accelerate our strategic plan and support us in realizing our vision.”

Eve has formed a network of dozens of strategic partners spanning the UAM ecosystem, including fleet operators, ride sharing partners, vertiport providers, aircraft lessors, financing partners, renewable energy providers and leaders in the defense and technology sectors. From this partner network, Eve has launch orders from 17 customers, via non-binding letters of intent, resulting in a pipeline of 1,735 vehicles valued at approximately USD5.2 billion, says the company.