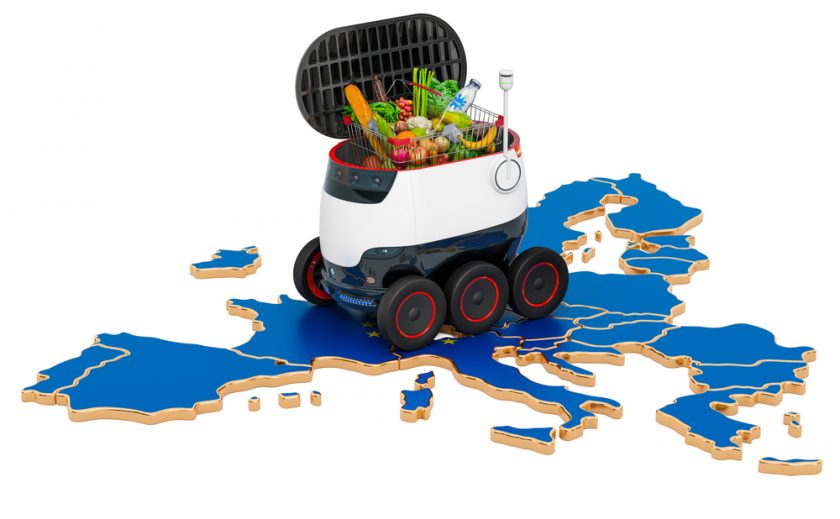 The 2022 edition of the European Investment Bank’s annual Investment Report, Recovery as a springboard for change, reports that Europe is lagging behind the USA in digital technology investment, including the drone industry.

“This higher share of EU firms that have not invested in the digital transformation compared to the United States is worrisome as it could have long-term negative consequences for the economy. If policymakers want to close the gap in adoption rates between EU and US firms, they need to help European firms grow to a sufficient size. It is clear that large firms tend to be more digital in the European Union and in the United States.”

The EIB notes “Platforms and advanced robotics remain the most widespread digital technologies. The implementation of most advanced digital technologies has not changed significantly since the beginning of the pandemic. An exception is the implementation of the internet of things, which decreased slightly across all sectors, while the adoption of drones (used by firms in the construction sector) increased.”

The good news for the European industry is that governments have recognised the importance of digitisation research and innovation and developed new policies for their industries to close the gap with the USA.

“In 2021, national governments have chosen to allocate more than the required 20% of funding to digitalisation in their recovery and resilience plans. In total, across the European Union, more than 27% (about EUR 135 billion) of the Recovery and Resilience Facility is dedicated to digital, and 43% (EUR 210 billion) to green priorities (Darva et al., 2021). Moreover, it appears that artificial intelligence is the largest emerging trend in science, technology and innovation for a number of policies put in place at national level, gathering schemes that support the development, use, adoption or rollout of artificial intelligence systems (OECD, 2020).”

“In less than two years, real gross domestic product (GDP) and investment are back to pre-pandemic levels,” said EIB Chief Economist Debora Revoltella. “  Policy support has been crucial for the recovery, but the crisis is not over. Vulnerabilities and risks of asymmetries persist, while the capacity of firms and people to adapt to the new normal has still to be tested. Omicron is adding to the challenges, substantially increasing uncertainty,”