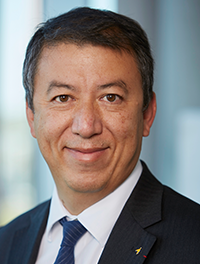 Speaking to the transport committee of the European Parliament at the start of September, European Aviation Safety Agency (EASA) executive director Patrick Ky urged all stakeholders to agree on what the acceptable level of noise and the targeted level of safety is for autonomously operated aircraft flying in urban environments, according to a report by AINonline. Ky sees no need to develop a comprehensive set of worldwide standards for unmanned aircraft as their use is “very local”.

“I think that if we want to push forward—and I think we should—with the use of drones in cities, we need an answer on this as soon as possible because it will trigger a lot of constraints for the development of the drone industry,” Ky told the committee. If the acceptable noise level turns out to be very low, no current unmanned aircraft would be able to fly in urban areas and their deployment would be limited to specific zones, such as over rivers, he said.

He called for a closer definition of the acceptable safety risk from flights as this “possibly will have an impact on the weight of drones and redundant systems that they can carry on board.”

In response to a question of a member of the European Parliament as to whether Europe is lagging the rest of the world in making plans for unmanned aircraft operations in civil airspace, Ky said that he believes the European Union to be “quite advanced” compared to other countries, pointing to Germany-based new aircraft programs Volocopter and Lilium as examples of projects that are achieving technical maturity.