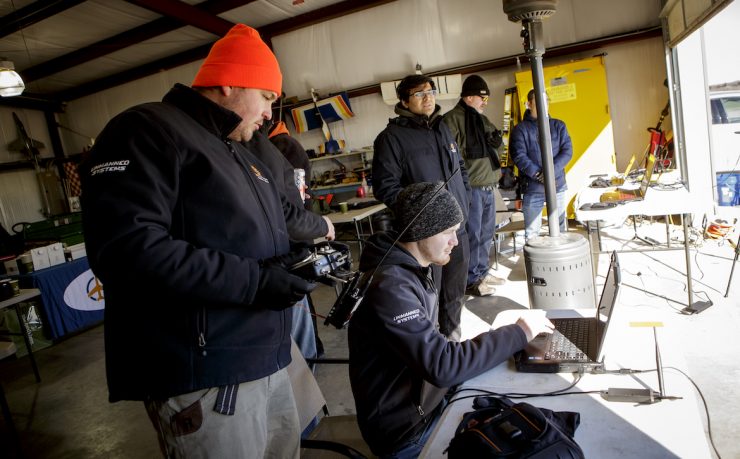 Oklahoma State University (OSU) and Vigilant Aerospace Systems are using a USD300,000 grant from the Oklahoma Center for the Advancement of Science and Technology (OCAST) to conduct beyond visual line-of-sight (BVLOS) drone flights in a 13-mile long corridor in central Oklahoma. Vigilant and OSU began BVLOS tests following the Federal Aviation Administration (FAA) Certificate of Authorization (COA) issued in December 2018 which added the Oklahoma corridor to the handful of approved test sites nationwide.

According to an OSU release, OSU researchers are now evaluating radars for integration with Vigilant’s air traffic display and avoidance system. The radar under evaluation has been used by the teams to detect nine different aircraft over multiple flight tests, including the most recent flight test carried out Feb. 13 to compare the radar tracking data to data being collected from other sensors. The system already uses aircraft transponder signals and drone telemetry to track aircraft overhead, but with the addition of radar, the system will be able to detect aircraft that have neither a transponder nor a telemetry broadcast.

Vigilant Aerospace holds an exclusive licensing agreement with NASA, with which it has created its FlightHorizon software, a detect-and-avoid system that collects data from sensors to create both a picture of nearby air traffic and avoidance alerts for drone pilots or autopilots.